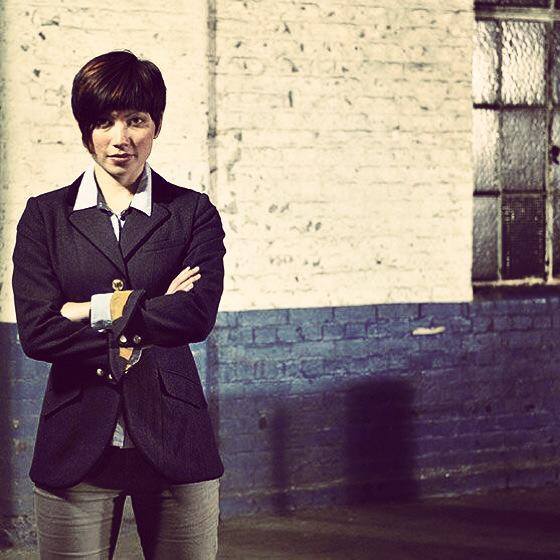 In the summer of 2004 Billy Kidd saw a magician entertain a crowd on the streets in Canada. Two years later Billy left her job, friends and country to become one of the few female magicians working in the world today.

Be sure to come by Port Credit’s Buskerfest to get a glimpse of what Billy Kidd can do. She will be performing throughout the festival on the Aug. 15-17 weekend.

Billy Kidd was born and raised in Edmonton where she trained extensively in a variety of dance forms with Dance Alberta. Billy can also play the piano, saxophone and violin. On top of all this, she’s been working as an actor since the age of 12 in theatre, film and television.

When she was 18, Billy got accepted to the University of Alberta for acting. However, throughout her academic years, magic was becoming a secret passion.

Currently, she stars in Discovery Channel’s new series Breaking Magic, where the show takes a worldwide tour with some of the most innovative magicians today. Breaking Magic transforms pure science into mind boggling tricks.

Her magical career started in 2006 when she flew to Japan working illusions and parlour shows alongside Sheldon Casavant for six months. She then flew to Key West, Florida where she honed her skills as a magician performing under the guidance of famous Gazzo. Since then she has been performing close up magic and stage shows all over the world from cruise ships, outdoor festivals, Hollywood’s Magic Castle and some of the most prestigious hotels in Dubai.