Skip to the content
Mississauga Life ? Spirit of the City 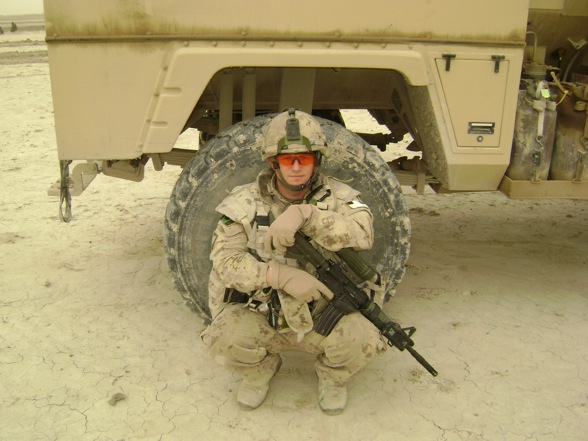 A salute to our Reservists, the ordinary men and women who help keep our land glorious and free.

In the world of the modern family, it would appear that our lives are a constant juggling act. Our electronic calendars are buzzing reminders of how demanding our lives have become with work obligations, kids in school, after-school activities, sports and social events. Now, add in the role of Reservist and life gets even more intriguing. Yet this is just what many of our firefighters, police officers, businessmen, students and educators have chosen to do, alongside their daily responsibilities.

Reservists, also known as our “citizen soldiers,” have a primary role “to augment, sustain, and support the Regular Force; plus, they have made substantial contributions to Canada’s international and/or domestic operations,” according to a Canadian Forces page on the Government of Canada website. Canada’s Primary Reserves alone number 25,000—each trained to the same level as Regular Force soldiers.

I recently interviewed two Reservists, dedicated family men with careers in the education system. They both take pride in their efforts to keep a balanced home life and career, in addition to following their Canadian dream by proudly serving our country.

Petty Officer First Class Roy Adamson is a health, physical education and science teacher with the Peel District School Board. He has served as a Reservist for the last 21 years. Roy’s father, who passed away when he was seven, was in the Navy for a brief time as a cook. When Roy was 16, he was searching for a worthwhile summer job and decided to join the Canadian Forces Naval Reserve through their Summer Youth Employment Program.

After two summers, Roy was hooked and soon found himself in Halifax onboard a World War II relic, the HMCS Porte St. Jean. His duties on that training mission included learning how to sail, being part of the ship’s crew and maintaining the ship. “I was a teenager and I wanted a job that was challenging and different from what most of my peers were doing,” Roy explains. “Sailing onboard a Navy vessel gave me a huge sense of pride, especially when watching a sunset at sea with our Canadian flag blowing in the wind.”

I asked Roy to elaborate on how his training with the Navy has helped him in his daily life. “It was invaluable,” he said. “It taught me discipline and instilled self-confidence. The whole experience was life-altering; it ignited a sense of adventure and helped me to develop strong leadership, communication and organizational skills which I use now as a teacher and with my family.”

I then asked Roy about the personal pressures that come with being a Reservist in regards to managing home life, career and Navy duties and if he feels that he is making a difference for Canada.

“The greatest stress I feel is that I will let one of my responsibilities down. I often feel like I need to make everyone happy and take on too much. I do believe that Reservists make a difference. We make a commitment to our nation and give up valuable family and career time to help augment the Regular Force. Reservists work alongside all elements in the military and do so with the utmost professionalism, no matter the task.”

After my discussions with Roy, I had a chance to interview another Reservist, Captain Scott Moody. It was a cool evening in March when I met Scott at a local coffee shop; he had just returned from taking his son to karate.

I asked Scott why he chose to become a Reservist. “Both my grandfathers fought in World War II, one with the Air Force and the other with the Army. I was moved by the stories they told of their wartime experiences, including fighting in the infamous battle at Normandy. They were my heroes and their acts of bravery inspired me to join the Primary Reserves.”Scott was 18 when he chose to train as an infantryman and then as a paratrooper for the Army Reserves.

“The training is intense,” Scott explained. “The jumps are performed day or night with full gear: rucksack, rifle, snowshoes, parachute and reserve parachute.” Also, Reservists undergo training identical to that of the Regular Force, but are not required to serve overseas—that is purely voluntary. I proceeded to ask Scott about his overseas missions.

“I was on a peacekeeping mission in Bosnia in 1997–1998 that entailed observing the country’s military force, weapons control and humanitarian efforts. Our biggest threat was the legacy landmines from the hostilities in the early ’90s.” Years later, this hands-on experience helped Scott prepare for his next deployment: Afghanistan.

Canadian troops were deployed to Afghanistan in 2002 and took on a combat role in support of Operation Enduring Freedom, which was launched by the US and the UK. According to a page on the Government of Canada’s website on the history of Canada’s military engagement in Afghanistan, the mission’s mandate was to “dismantle the Al-Qaeda terrorist network in Afghanistan and to remove the Taliban regime from power.” The partcipant countries also supported the UN in its efforts to provide relief, recovery and re-construction in Afghan communities. Since 2002, over 39,000 Canadians have served 30 days or more in Afghanistan.

In October 2007, Scott began 11 months of intensive training to prepare for his nine-month deployment to Afghanistan. He temporarily relocated to CFB Petawawa, leaving his house for a barracks room he shared with three other warrant officers. From there, he was sent to Texas, New Brunswick and Alberta to participate in pre-training before deploying.

I knew that this must have been challenging time for Scott, considering that he volunteered to serve in Afghanistan and that he was away from his wife and one-year-old son for almost two years to do so.

“It was a sensitive decision and there is no doubt it was a difficult time,” he says. “It definitely put a strain on my family, but it was a personal sacrifice I made because I knew how fortunate I was to be living in the greatest country in the world. For me, as a soldier, I felt it was part of my core value and belief system to support our country in its efforts to make a difference for others. It’s what I was trained to do. I am just thankful to my wife for hersupport and understanding.”

In August 2008, Scott was deployed to Kandahar—an increasingly volatile area under the threat of Taliban insurgents—as a CIMIC (Civil-Military Cooperation) Operator. According to a Canadian Forces page on the Government of Canada website, CIMIC Operators “establish connections with Afghans and help them set the groundwork for Afghanistan to succeed as a free and democratic nation.” His mission revolved around Canada’s role in supporting the legitimate Government of the Islamic Republic of Afghanistan. He collaborated with and mentored various leaders to support governance, security and re-construction.

I asked Scott if there was any particular incident in Afghanistan that left an impact on him and he describes a tragic event involving a suicide bomber attack at a market. “There was a violent explosion and my team was on the other side of a concrete wall when it took place,” he says. “We had to act quickly. It was chaotic: fires burning, smoke everywhere and people were screaming, looking for loved ones. At the end of it all, there were dozens of injured civilians and military forces. Sadly, a couple of US soldiers and an interpreter who died were part of the group I regularly worked with and we had socialized together the night before the incident.”

Scott tells me that he was extremely proud of his team that day because of how they handled such a devastating incident.

At press time, 158 Canadian soldiers have lost their lives in Afghanistan since the outset of the war, including 13 in suicide bombing attacks like the one Scott witnessed. American forces, whose force commitment is considerably larger, have suffered 1,801 fatalities.

When you are representing your country, whether at home or overseas, for the benefit of all humanity, you have to believe strongly that what you are doing will make a difference in the end,” he says.

Scott has resumed his role as husband, dad, educator and Reservist. It was recently announced that Canada’s military involvement in a non-combat capacity will end in 2014 and Afghan security troops will take over in securing their country.

The day Roy was photographed, he wore a T-shirt with the slogan “Nobody Trains to be a Follower” and I thought about how appropriate these words were to capture the core of what these Reservists represent: they are loyal family men and women who bravely sacrifice their time, their family commitments and even their lives in defence of a national way of life they profoundly believe in.