Is our City ready for mixed-use development? 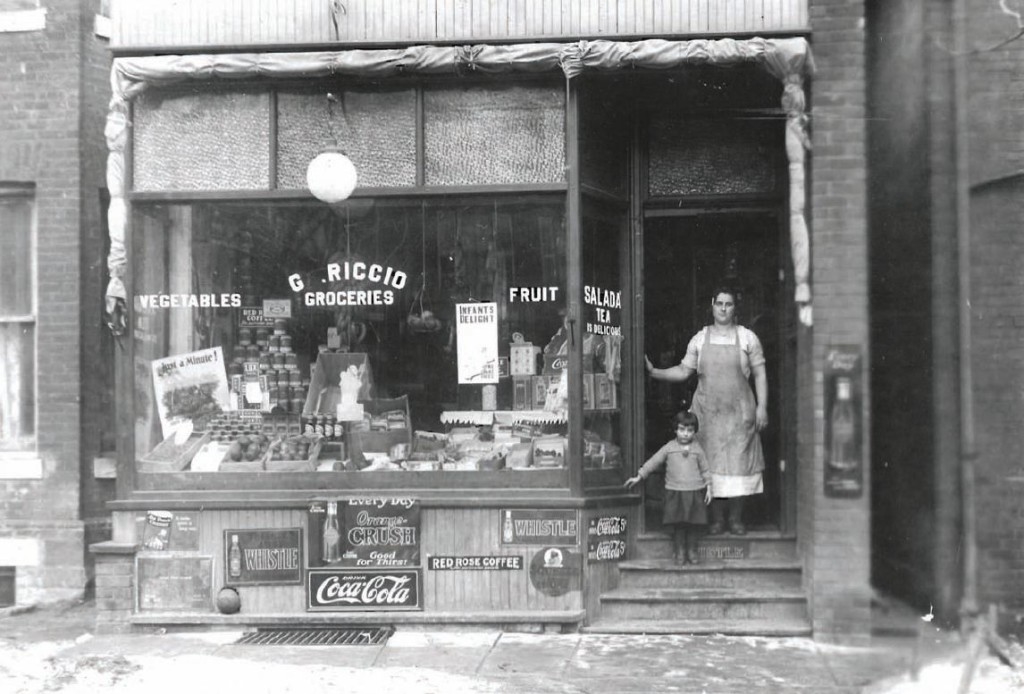 It’s 1922 on Clinton St. in downtown Toronto. That’s my mother and my grandmother in the photograph. They ran this little shop in Little Italy. My grandfather, Giuliano Riccio, is in the back making sausages. Their store was a centre for social discourse, orientation advice for newly arriving Italians and a place where the Italian- Canadian community could buy groceries in their own language from a slice of the old country.

When the store closed at night, the family hiked upstairs and enjoyed a quiet dinner, shared funny stories about their customers and contemplated the next day’s duties. My mother told me stories about being entertained at night by mice that would leap over beds and dressers.

Now that is mixed-use!

Contrast that with mixed-use today.

He was so wrong. And as the project’s architect, so was I.

Instead he received a petition from over 600 irate neighbours suggesting he take his little apartment building with a retail shop and go home. Of particular concern was the proposed corner store. It could become a hangout for undesirables such as the high school students from Cawthra Park and St. Paul’s Secondary. They might smoke. They might litter. They might even curse!

Wait a minute! My daughter went to that school. I am sure many of your children have attended schools like these too. Are they the “undesirables”? I think not. But to hear the locals, including one Cawthra student, decry the presence of such a scourge, I hung my head in sad disbelief.

So the corner store has been excised from the plans.

The demons have been exorcised from the neighbourhood. Mixed-use fails. And so it goes for mixed-use in Mississauga.

Why do planners and urban designers want mixed-use? The primary reason is that it creates a life and vibrancy at street level that can define a district and be a community asset. Active local main streets are the backbone of the most successful and desirable communities. Streetsville and Port Credit are good examples. City Centre Mississauga is longing for it.

Why is it so difficult to achieve in a new development?

Here is the developer’s viewpoint. Condominium financing is a set piece in their world. You must pre-sell about 75 percent of the available units and then you may get financing if you have enough other assets to reduce the risk. Having a significant ground floor area of retail use generally means that there is no certainty about leasing at an early stage when financing is sought. Developers must carry zero income in their business plans for that retail component. The banks will not finance it. It’s a risky liability.

Second-floor office space is even more doubtful. The meagre rents that attach to second floor walk-up office space don’t even cover the cost of construction. Again the banks assume when assessing the value of a loan that the commercial space represents a negative cash flow.

To compensate for these holes in their business plans, developers must increase the residential income to cover the losses—and the dance begins. More risk equals higher density. Higher density means less community acceptance. Less community acceptance means less political buy-in, and a greater chance that a decision will be made for us by the Ontario Municipal Board. In total it results in undesirable consequences all around.

There are conferences on retail development where developers and tenants mix and match in an annual frenzy of coercion and camaraderie. There are similar powwows on condominium development and retirement living. Each has its own financial formula for success.

The final and perhaps the most major obstacle is the car. In Mississauga, retail thrives when it is conveniently accessed by car. The typical retail centre covers about 70 percent of its entire site with asphalt for the parking required by the municipality and the tenants. When retail is tucked into a residential or office building, that dedicated and convenient parking is not available in the same way. This adds up to more risk. Will the retail thrive if it relies only on walk-in traffic?

Is there enough density within a five-minute walk to support the retail? Not usually. 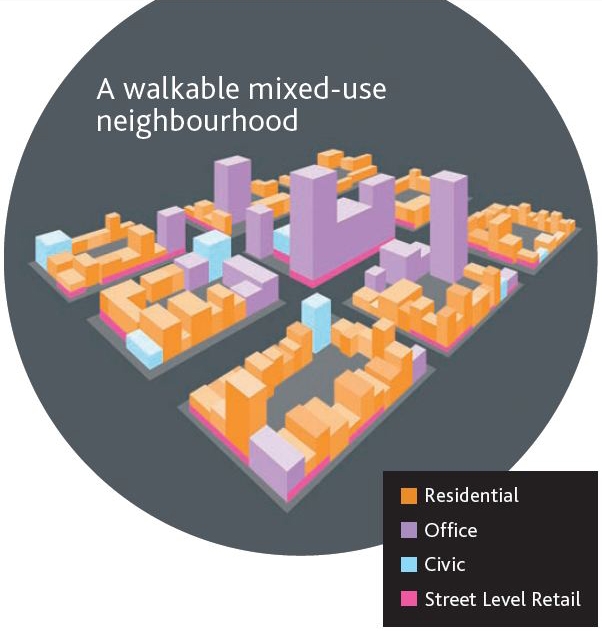 With the spurt of condominium development in Mississauga, another problem is emerging. Once a condominium corporation forms, it becomes the sole decision maker on any conversions of ground floor space, forever. Should the need for commercial space evolve, there is no easy way to ever introduce it into this existing residential building again.

Who would want to live above a restaurant or music venue once they are ensconced in their quiet condominium residence?

As a result we see modest amounts of retail space assigned to the ground floors of new condominium buildings at City Centre: a convenience store, a medical office, a dentist, a real estate office and similar low-activity use. We never have enough space for a grocery store, a family restaurant, a pub with entertainment, an art gallery or other more vibrant and animated uses. And once built in this limited way, we never will.

Yet we have a Strategic Plan that longs for vibrant streets and complete communities where we can age in place, walk to our shops, enjoy music in a bar setting, sit out on street-side terraces sipping our java, and accommodate our children as they grow and settle down. Apparently more than 100,000 Mississaugans who weighed in during our Strategic Plan outreach want this vibrant, urban condition.

Mixed-use is the key ingredient of this new vibrant city. Can we make it happen? Sadly, my grandmother’s shop can never happen again in this new context of restricted development. No bank would back her and the neighbours might think all that socializing is undesirable.