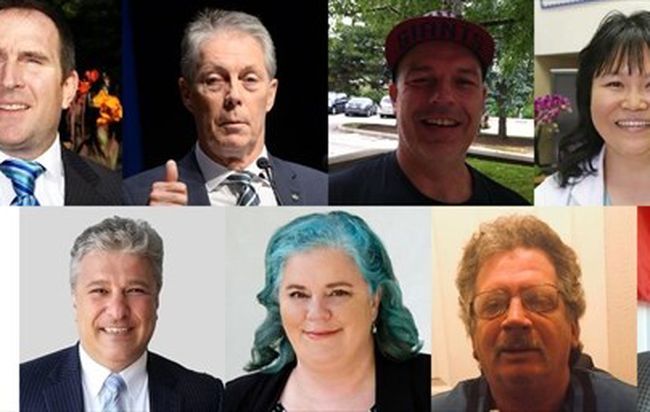 Why did you decide to run for councillor?
We need good representation with someone who has innovative ideas to solve the problems that will be coming in the next several years. And I have the political, community and business experience to be that representative.

What are key fixes Ward 8 needs and what do you plan to do?
Transportation, affordable housing and youth unemployment are the key issues. We need to find ways to reduce congestion. We need to look at adding subways and more buses on the roads, closer to homes instead of just on the main streets. We have no way of financing a transportation infrastructure; we can’t build it from general revenues and property taxes.

Youth unemployment is a problem—the jobs youth used to get are now given to their parents because we’ve exported so many good jobs to the rest of the world. Until we bring back the jobs we’ve exported, we’ll have this problem continuously.

What do you think Ward 8 will look like in the next five years?
I want to be able to get on a bus or a subway, and five or ten minutes later I should be standing at a bus station with access to a rapid transit system. I want to be able to take the bus for the same fare in Burlington, Scarborough and Brampton; I don’t want to pay a second fare. I want to see free bus fares for everyone; no tickets, no transfers. We need to get more people using transit, and the only way we’re going to do that is to have the cost be minimal or nothing. My idea of minimal cost is that bus fare should be no greater than 20 percent of minimum wage.

Is there anything else you think Mississauga should know about you or your ward?
I’ve been involved in the community for more than 30 years. I was president of the Erin Mills soccer club and I also coached soccer. During my time we converted the club from an all-volunteer club to a professionally managed club. We hired a business manager and a head coach to develop the club to produce better players. I’ve been running my own computer servicing company for the last 20 years, I’ve been involved in politics for 40 years, and I’m also the author of a book called One Canada: Creating the Greatest Country on Earth. 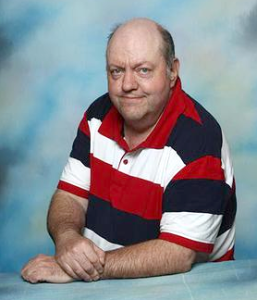 Why did you decide to run for councillor?
I’m running to give the power back to the people; I’m going to be their voice when I’m in power in this area. Also, on Saturdays and Sundays I’ll be holding events where constituents can come and give us their concerns.

What are the key fixes Ward 8 needs and what do you plan to do?
Pot holes. For instance, up by Glen Erin and Burnhamthorpe by St. Ignatius Loyola church, there was there was a part of the sidewalk missing near a stop light; you could see the pipes coming out of the ground. I took a picture and reported it to one of the workers out here and the next thing you know, it was fixed. Another pothole I want fixed is by the Petro Canada—it looks like someone cut out a square and if a car or truck goes in there they’ll blow their tire and screw up their front end.

I’m going to fight for Ward 8. I’m trying to build a recreational centre to get the kids off the street and keep them out of crime. I will put in 20 to 30 percent of own salary when I win.

What do you think Ward 8 will look like in the next five years?
I’ve been living in this ward for 20 years. I would like to see less crime, more businesses and a rec centre for families. I’m a vigorous fighter for civil rights and against racial profiling, religious bias and discrimination. I’ll fight to get the money for the ward to make it flourish.

Is there anything else Mississauga should know about you or your ward?
I’m just a retired volunteer. I used to work at the breakfast club here I was on the Colonial, Forest Ridge, Springfield Gardens (CFS) committee. I was in a committee called Neighbours Helping Neighbours. I went to Evergreen College and got my diploma as a community service worker. I received a certificate of recognition for community leadership from the Region of Peel Human Resources. I also coached a neighbourhood soccer league to a championship.

Why did you decide to run for councillor?
I served the community of Mississauga—Erindale for over seven years as the executive assistant to Harinder Takhar, the local MPP, so I’ve had the benefit of seeing some of the issues we address provincially and what can be done municipally. I grew up in in Ward 8, and it’s been my goal to run for about five years now.

What are the key fixes Ward 8 needs and what do you plan to do?
One that stands out to me is the Winston Churchill/403 interchange. A fairly high number of Ward 8 residents go northbound and would like two right-turning lanes coming off the 403. As it exists now there’s only one, and traffic ends up backing out way onto the 403—which becomes a bit of a safety issue.

We need have to have better transit, but we have focus on how it is we go about delivering changes.

What do you think Ward 8 will look like in the next five years?
A lot of the demographics have changed in Ward 8; it’s getting a little older. I’ll give you an example: the Pheasant Run Public School closed and is going to be a hospice, which shows that there isn’t the same number of young families Erin Mills traditionally had.

We need to focus on helping families stay in their homes. One of the things I would like to see is a snow removal pilot project for the bottom of the driveway. The ploughs come along and dumps loads of snow. Obviously last year it was particularly bad, but I think we need to help citizens. They do this in Winnipeg, so I’d like to see this for Ward 8.

Is there anything else you think Mississauga should know about you or your ward?
I think the people of Ward 8 should know that I’m not just jumping into this—I have the experience. I’ve worked with the current councillor Katie Mahoney and I currently work with the MPP for the area. I’ve worked with many different MPs, MPPs and city councillors. My experience would go well as we enter a brave new world without Hazel McCallion.

Why did you decide to run for councillor?
I’m running because there needs to be accountable government, but there also needs to be someone who is going to work with the residents. I’ve done a lot of groundwork, not only on Ward 8 but also in the Region of Peel.

What are the key fixes Ward 8 needs and what do you plan to do?
The difference between the very wealthy and the very poor is stark. Youth and seniors are the most vulnerable in our population. We need to be proactive and responsive when it comes to clearing the sidewalk in winter—there are too many seniors and mothers struggling because it’s not cleared. The transportation system needs work because it takes a long time to go short distance in our ward.

We need to make this a change-ready ward, and a city that engages with youth by mentoring and leading by example.

What do you think Ward 8 will look like in the next five years?
I hope Ward 8 is representative of an inclusive ward that represents its people. I’m hoping to keep the green spaces we have because it’s important to respect our environment. People should find affordable transit and housing with access to food security.

We need practical democracy for improvement. I feel I am the best candidate to represent the majority as well as the minority.

Why did you decide to run for councillor?
I have lived in Mississauga for over 40 years, and I’ve been involved in community service for decades as a Rotarian and a mom. I’ve created innovative solutions on my own dime and my own time, and feel many issues can be dealt with collaboratively. By knocking on doors and listening to the people, I’ve realized that I have the exact same experiences that would make a difference to the Ward 8 community.

What are the key fixes your Ward needs and what do you plan to do?
Having visited almost a half of all of the polling subdivisions, it’s very apparent that every area has its own needs and issues:

What do you think Ward 8 will look like in the next five years?
I’ve travelled around the world and hope that we can incorporate some of the ideas that I found which work well in order to create walkable, liveable, safe streets that create a sense of pride in the beauty of our heritage.

Is there anything else Mississauga should know about you or your ward?
My Rotarian background is at the core of not only my ethics but my desire to make a difference. I feel that this is my time to get involved to provide innovative solutions to solve problems such as the aging tsunami. No one running is more qualified to deal with these issues or has more connections who can figure out creative solutions. I also plan to move into the ward next year.