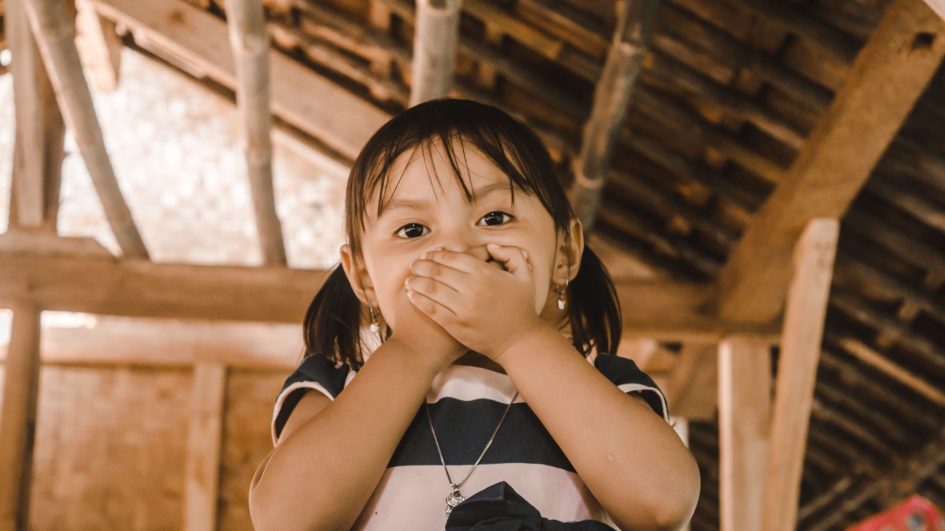 Coarse language, violent imagery and more ensue. You have been warned.

1. Ikilldinosaurs
When I was about 4, I had an imaginary friend named Bomba. I remember pretty well that he wore a purple turban and had darker skin. I made my mom set a place for him at the dinner table and scootched to the edge of my bed every night to make room for him for months.

For my dad’s birthday that summer, my parents had a party. We had a small pool, and by this point I was allowed to be in the shallow end with my water wings if an adult was watching me. With the adults all distracted, though, I decided to break the rules and go in without my wings or supervision.

Someone noticed me underwater pretty soon after, head under but my legs kicking toward the edge. My dad jumped in, fully clothed, and pulled me out. Fuss ensued. When it was clear I was alright, the first thing I said to my mom was, “Bomba told me to just keep kicking. That I’d make it to the edge if I just kept kicking.”

The next day, when my mom was setting the table, I stopped her when I saw her set Bomba’s place. He was gone and I guess I stopped speaking of him after that.

TL;DR – My imaginary friend saved my life then dipped out.

2. MidnightXII
A parent of one of my students told us in a meeting that she was concerned because her son (7 years old) talked about an invisible ghost who would talk to him and play with him in his room. He said the ghost was called The Captain and was an old white guy with a beard. The kid would tell his mom that The Captain told him when he grows up his job will be to kill people, and The Captain would tell him who needed to be killed. The kid would cry and say he doesn’t want to kill when he grows up, but The Captain tells him he doesn’t have a choice and he’ll get used to killing after a while.

I was always creeped out working with that student after that.

Edit: Because there has been some mention of schizophrenia and other mental concerns, there were plans made to carry out a psych evaluation, but it wasn’t completed until after I left the school. The student had other behaviors that were concerning, like telling a girl in his class things like “I know where you live” and “You might be good at hiding, but I’ll still find you” in a creepy deep voice. I hope he got the help he needed 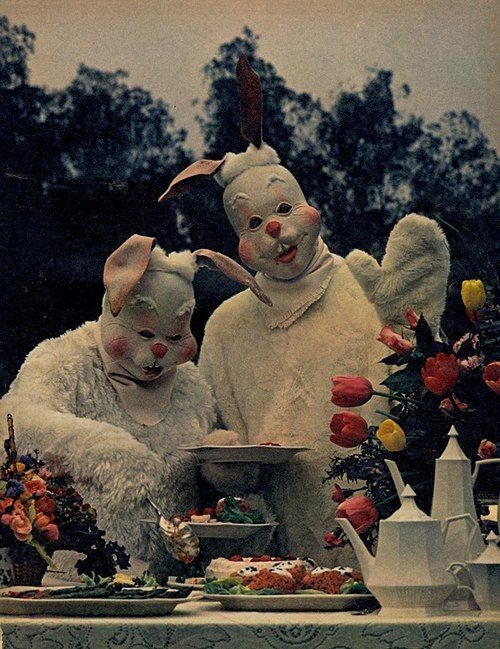 My little brother’s imaginary friend, Roger, lived under our coffee table. Roger had a wife and nine kids. Roger and his family lived peacefully alongside us for three years. One day, my little brother announced that Roger wouldn’t be around anymore, since he shot and killed him and his whole family. I don’t know if he remembers any of this, but his genuine lack of remorse was very disturbing.

4. NiceColdPBR
When I was 16, I babysat twins who were in the third grade at the time. They always spoke of a man in an Easter Bunny costume, and they were terrified of him. One day I was babysitting, and one twin was in the shower. His brother and I were sitting downstairs watching television when all of the sudden, he said, “You need to go check on Matt.” Seconds later, Matt yelled, “He’s in here!!! He’s in here!!!” I ran upstairs, and I had to check every room before he would calm down. I’m not sure which part of the experience freaked me out the most.

EDIT/RESPONSE: The rabbit had no name, and this was not a one-time sighting. This happens to be only the freakiest encounter that I had while babysitting. The man in the costume came up many times, often surfacing in the garage, rarely in the house. For two third graders to pull through with a running gag like this isn’t out of the question, but it would certainly be elaborate. After knowing kids for a while, you can sense their emotions, and their emotions were only of fear when they spoke of what they had seen.

5. Rcrowley32
My daughter used to tell me about a man who came into her room every night and put the sign of the cross on her forehead. I thought it was just a dream. Then my mother-in-law sent over some family photos. My daughter looked right at the picture of my husband’s father (who has been dead for 16 years) and said ‘That’s the man who comes into my room at night!’ My husband later told me his father would always do the sign of the cross on his forehead when he was young. 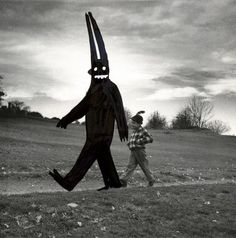 6. Ella1993
In high school one of my best friends had a little sister who was five or six years old. One day we stopped by his place, completely high, because he needed to get his Magic cards. While waiting for him to come downstairs his sister came up to me and said, “Icy told me to ask you if you know when you’re going to die.”

I laughed nervously: morbid question, right? But I knew all about Icy, her imaginary friend. I even helped her draw a picture of him once. So I played along and said, “No, of course not! No one knows that. Hopefully when I’m very old.”

The girl shook her head sadly and said, “No, Icy wants me to tell you it’ll be tonight.” And with that, she just walked away.

If I hadn’t been stoned I probably would have laughed. Instead I spent the rest of the evening paranoid as fuck that something bad was going to happen.

Edit to add: Forgot to mention that no, I did not die that night. Icy was a liar.

A few months before my niece was born my cousin Tracy had died. She was hit by a train. She loved watching Scooby Doo and had a ton of memorabilia. She was also a cop. She was a cop in the town that is right next to the one my brother-in-law is a cop in, my niece’s “daddy.” My niece’s imaginary friend was my dead cousin. There is no other way she could have known all that at the age of 4. 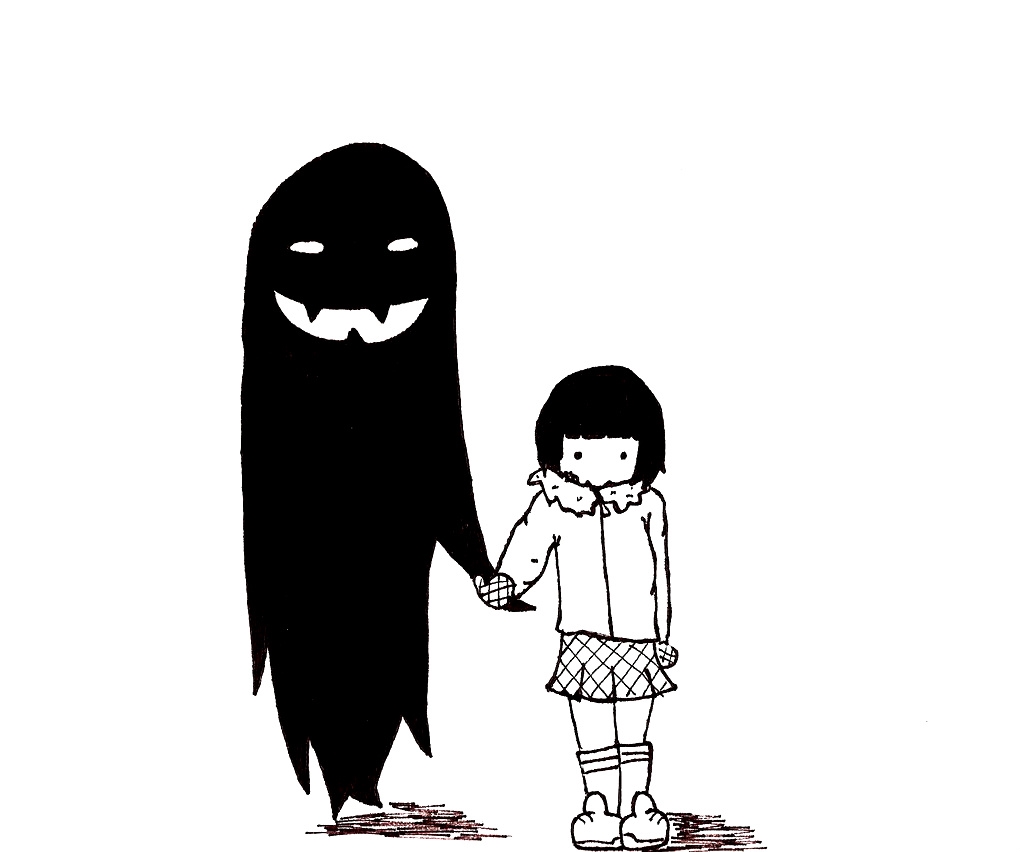 8. TravelsWithTheDoctor
My son from the age of three always tells me about the “creeper man” who lives in my mom and dad’s bedroom. He brings it up after he visits them. I made the mistake once of asking what he looks like. My son said “Oh, he doesn’t have a face.”

9. Gooddaybrittney
So, when my sister was probably about 6 or 7, she had an imaginary friend named Emily. She told us Emily lived in her closet, wore an old black dress, and had long dark hair and she was the same age as my sister. My sister played with Emily constantly. My parents started noticing my sister acting weird. Just sitting in the middle of her room whispering to Emily quite a bit and acting a lot more distant towards them.

I remember a very specific day, my brother was walking by her room and my sister was sitting in the middle of her room….but she turned around and hissed at him. He was scared shitless. He told me it didn’t even look like my sister. My parents ran up to her room and I could hear my sister just screaming and screaming as loud as she “get out”. I have no idea what happened in that room but I ran to the bottom of my stairs and the screaming stopped, I saw my parents holding my sister crying their eyes out, she was sobbing as well.

I’ve asked her about it today. She’s 24 now. She told me that Emily used to tell her to do horrible things to herself. She actually used to wake up on the roof and not remember how she got there. I’m not kidding. Apparently Emily absolutely hated my parents so she turned my sister against them. She hates talking about it so I never brought up that specific night. This all happened at my old house. When we moved into a different house, Emily was gone. I’m not making any of this up. My sisters little friend was a really big deal to my family and messed things up for a long time. I’m just relieved we left that house.

Get more Spirit After Dark:

About Spirit After Dark
Need a good scare before bed? A rebellious faction of Spirit of the City, Spirit After Dark brings readers tales from the crypt and from the dark recesses of the human mind. Join us in the evenings for a scare or two.