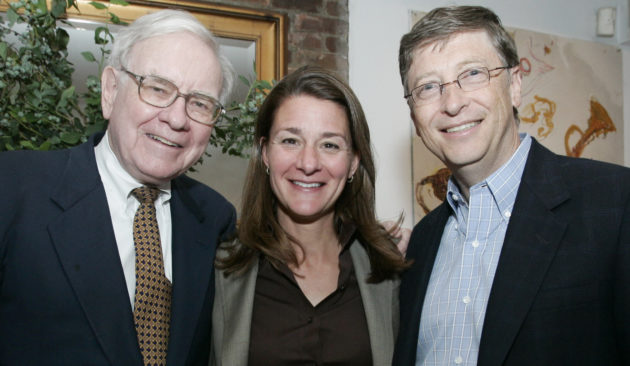 Tanker cars of ink have been drained and entire forests have been felled in the pursuit of putting sufficient words to paper to describe the investing genius of Warren Buffett. Comparatively little has been written in examination of what could ultimately be Warren Buffett’s greatest gift to mankind: his gift of more than half of his monumental wealth to charitable organizations. As has been the case for much of Mr. Buffett’s actions throughout his remarkable career, there are beneficial lessons for the rest of us from his acts of philanthropy.

On June 26, 2006, Warren Buffett announced he would start giving much of his fortune to philanthropic causes, including a pledge to donate 10 million shares of Berkshire Hathaway Inc. stock to the Bill & Melinda Gates Foundation Asset Trust. At the time of the pledge, the gift was worth approximately $31 billion. In effect, Warren Buffett is donating much of his accumulated fortune to a donor-advised fund, and in doing so he is separating the acts of tax planning and charitable giving. For legions of Canadian baby boomers, this is a Buffett strategy that they may wish to consider emulating.

Donor-advised funds have been around for close to 100 years in the United States but are a relatively new concept here in Canada. A donor-advised fund is a means of accomplishing two goals: to realize immediate tax savings while simultaneously creating a legacy of charitable giving that can last for several generations. A donor-advised fund is a type of account which is affiliated with a charitable foundation. An investor can deposit cash or appreciated securities into their fund as an irrevocable gift. The donor receives a tax receipt for their donation. The assets accumulate in the fund without incurring tax to the donor. These dollars can be directed over a period of years to the registered charities of the donor’s choosing. What a donor does in establishing their donor-advised fund is to essentially create their own private foundation, a little like Bill and Melinda Gates, but at a very low cost.

A donor-advised fund makes it possible for a donor to see the benefit of their generosity during their lifetime instead of waiting to have gifts made after death via a will. Because a donor-advised fund’s capital can be allocated over many years, the donor enjoys the freedom to support as many worthwhile endeavours as they see fit. Alternatively, a donor can opt to redirect funds to other charitable organizations if a given charity no longer meets the donor’s standards of accountability.

Most major financial institutions such as banks, brokerages, mutual fund dealers and credit unions in Canada now offer a donor-advised funds program. As always, consult with a professional before making any long-term tax planning or charitable giving decisions.

Bryan Snelson is a Vice President and Portfolio Manager with Raymond James at the firm’s Mississauga City Centre Branch. His views do not necessarily reflect those of Raymond James Ltd., and his column is for information purposes only. Bryan is heard twice daily, at 6:40 a.m. and 4:40 p.m. with his daily market reports on JAZZ FM91 in Toronto. Raymond James Ltd. is a member of The Canadian Investor Protection Fund.