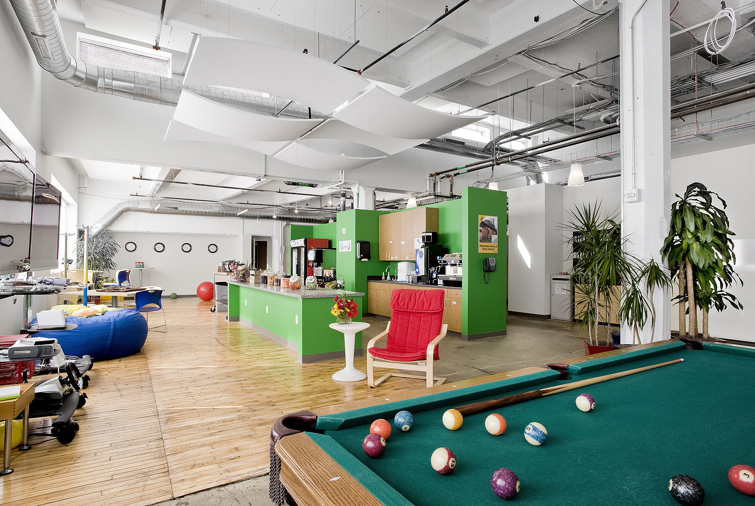 Architects are uniquely positioned to witness the negative effects of economic downturns, interest rate increases and other global recession-causing events, Having been in the architecture game since 1977, I have seen several of these waves of growth and descent, and have had to re-create my firm every time they hit. Like canaries in a coal mine, we suffer and sometimes die; when the income stops flowing, we must shed our staff and overhead, and keep moving to find cooler, cheaper office space.

That’s how I came to Port Credit.

My history of office locations traces the recession graphs:

Having watched the firm with whom I interned go bankrupt in 1989 based on a single commitment only to residential condominium design, it became obvious to me that many eggs in many baskets was a wiser approach to small business. As a result, my firm has strategically followed a variety of growth curves, providing services to the following sectors:

But diversification alone is not enough. A firm must deliver excellence in each sector. To that end, our success in private schools and other sectors has been recognized through several awards of excellence. It is this private school sector that has been quite rewarding to me as it engages another local small business in its growth curve, becoming one of the pre-eminent private schools in the western GTA region; namely, the Rotherglen School.

Rotherglen School began as a small business run by the Lanigan family, with minor facilities in Mississauga and Oakville. Our meeting was a chance encounter. We had master-planned the Woodhaven Community on Sixteen Mile Creek in Oakville, and it included a triangular five-acre parcel that was difficult to lay out for residential uses. That parcel was purchased by Rotherglen. My firm was retained to design a master plan for the private school’s growth.

We designed the first phase to visually anchor the corner of Upper Middle Road and Neyagawa Boulevard; it was important for Rotherglen to convey a timeless and trusted image. It has subsequently become a landmark within the community, establishing Rotherglen as a high-quality private institution. The project was awarded a Design Excellence Award by Oakville in 1998.

Rotherglen continued to grow and completed a major addition in the following years, doubling their capacity by 2006. At the same time, Rotherglen also grew in Mississauga and acquired the Gooderham Mansion in Meadowvale. This project saw the conversion of the heritage-designated mansion to a fully functional private elementary school, while adding several classrooms in a new structure. The growth curve and success of Rotherglen continues today as we are planning a third addition to both campuses this year, as well as exploring a farm extension of their program in rural Burlington.

The education sector, while growing, may one day also see an end to its growth as we have seen in the public school system with school closures. This underscores the importance of diversification to ensure our ongoing success. To that end, we have recently received awards in two other growth sectors: retirement homes and community master planning.

In Kitchener, we recently received an Award of Excellence for the Chartwell Retirement Residence and are designing another home for this Mississauga-based firm this year in west Oakville. The seniors housing market is also growing rapidly; we’re working on projects in Port Credit, Burlington, Peterborough and Caledon.

In Markham, we just received an Award of Excellence for the Angus Glen West Village Community for architecture/
urban design related to the master planning and design image of that community. We are continuing to master plan other Angus Glen/Kylemore Communities properties, notably the former York Downs golf course and the Kylemore lands to the north of their own golf course.

With the right strategies of diversification, excellence and servicing growth curves, a local small business can grow to become a regional business. I recently took a compass and drew a radius centred in Port Credit and noted that within a 1.5-hour drive we captured our entire area of work, which included the entire Golden Horseshoe and GTA growth areas.

Perhaps Mississauga is the centre of the business universe, and not Toronto as I used to think.

Michael Spaziani operates MSAi, a Mississauga-based commercial architecture and urban design consulting company. He also serves as an expert witness at the OMB.