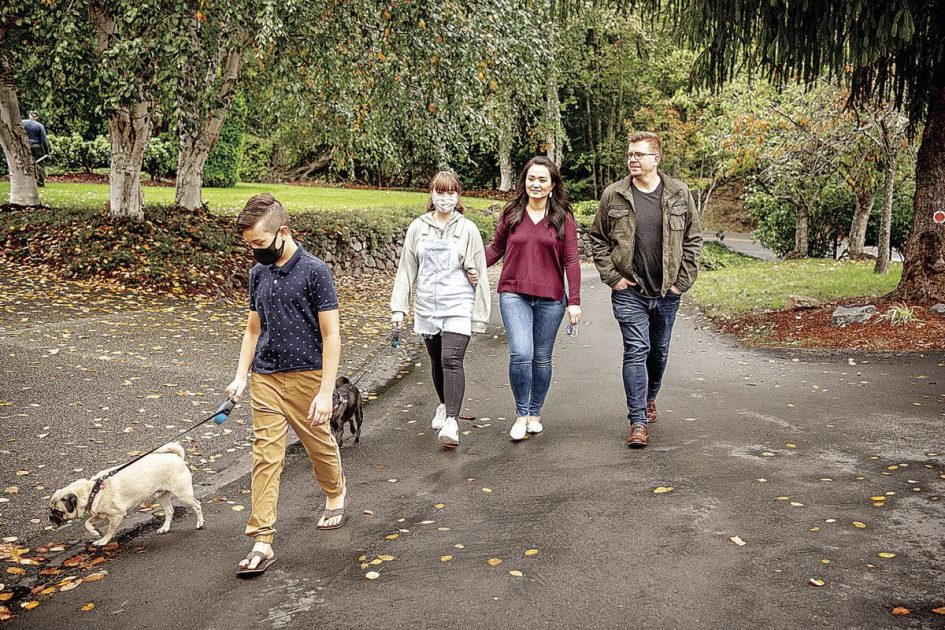 Don’t blame the people of Meadowvale for liking what they like.

It’s not a place to visit, it’s a place to live. Rapid transit? No big deal, they have cars. Caf?s, bistros and sidewalk culture? We’re not talking Yorkville or Queen St. W. Try Meadowvale Town Centre.

“Yeah, Meadowvale is not that kind of place,” laughs Para Gill as he walks to his car, loaded down with the weekly shopping from the plaza at Winston Churchill and Argentia.

Gill is in a hurry. With two young children in tow, he’s got places to be. A birthday party and soccer tryouts are on the day’s schedule. But first there may be a quick stop for some burgers and fries. “This is what it’s all about,” says Gill as he surveys the parking lot as similar scenes play out. “It’s a place for families. A place where you bring up your kids. If we want to do downtown things, we go downtown.”

Indeed, if you’re a hipster, consider growing your beard someplace else.

From a historical standpoint, Meadowvale has been around for a long time, but most who live in Mississauga’s northwest quadrant are not really preoccupied with its rural past. They know it as a modern suburban community, far enough removed from the fast pace of downtown living, yet with plenty of amenities to keep things interesting.

The modern Meadowvale emerged in the 1970s around the time of the birth of Mississauga. A planned community with approximate boundaries of Mississauga Road, Ninth Line, Britannia Road and Highway 401, it hasn’t experienced the organic growth of, say, Cooksville.

While the streetscape is chock full of crescents, cul-desacs and circles, in Meadowvale you can get where you’re going despite all the curves in the road. It was planned that way. The community boasts two lakes connected by trails and parks—largely man-made—but ones where you can actually go fishing. With a population of well over 100,000, Meadowvale on its own would be one of the largest towns in Ontario, but you wouldn’t know it with the wide-open spaces, parks and trails. It never seems crowded.

Councillor Pat Saito knows all about Meadowvale. She and her family took a chance on the community in its early stages and have made it their home ever since. The Ward 9 representative believes those who live in the community have made a clear decision on how they want to live. They’ve chosen suburban over urban, greenspace over concrete. They may have to drive to get a latt?, but they haven’t eschewed lifestyle. In many ways, their provenance is their own.

“The people who first moved out here were pioneers, in a modern sense,” explains Saito. “There wasn’t much out this way so we had to work together to make things happen. At that time, most people were coming from the city and this was something quite different. We really were far away from everything, but that’s what people were looking for.”

Carpooling, picking up each other’s kids—that’s how the neighbourhoods developed and bonds were formed between the families who were all new to the area. They wanted to get away from the grind and grime of the city and they found what they were looking for in this remote corner of Mississauga. Now, it’s the offspring of those original pioneers who have planted their roots in Meadowvale and the community is still growing—it’s home to a large influx of people from other parts of the world.

According to Saito, the glue which has held the community together has been a singular building, one whose time is running out. The Meadowvale Community Centre (and the nearby library now located in Meadowvale Town Centre) has been the hub of local activity since it opened its doors in 1982.

Back then it was relied upon to be the place that served almost everyone’s needs. “We did everything in that building,” says Mary Watford, who raised two children within walking distance of the centre. “Community meetings, dances, even weddings were held here. All of the children’s programs were here. This is where we met our friends and found out what was going on.”

While the attachment to the original facility remains, Watford, like many others, is looking forward to the big change that begins in July, when Meadowvale Community Centre will close down and begin its transformation. Under Saito’s watchful eye, the City of Mississauga will spend $37 million on a new community centre that will meet modern demands and accommodate the continued growth of Meadowvale.

The project, scheduled for completion in two years’ time, will see a larger community centre with everything expanded, including the fitness area, pool and meeting spaces. The public library will also move into the space.

For Saito, the project is the next step in the evolution of Meadowvale. As well as the physical building, she says the surrounding grounds will become even more user-friendly, with design and landscaping that will allow for more outdoor activities.

“People will miss the old building, but this one will be better,” Saito promises. “We have outgrown the original facility and the needs of the residents are increasing. This is a good move for us.”

Indeed, although residents have found a comfort level in Meadowvale, the desire to evolve is persistent. Twenty years ago,
there were lineups at the Swiss Chalet because it was just about the only family restaurant you could find. Now, every restaurant chain has a store in place in one of the several plazas that have appeared. You still might have to drive to get there.

“It is what it is,” says Gill before he drives to his next destination.

“We’re happy here.” And so are a lot of other people. Meadowvale may not be the centre of the universe, but for the tens of thousands of residents who live there, calling it home is good enough.

It’s easy to overlook Meadowvale Village. Literally. Roads have been diverted around it. But make sure you don’t miss it—it’s a hidden gem to most, except for those who live there.

Founded in 1819, many of its historic structures still stand. The village is a link to the past, but for the most part it’s been swallowed up by the broader community that now bears its name.

Having the distinction in 1980 of becoming Ontario’s First Heritage Conservation District (HCD) renders this village a special place. It doesn’t necessarily mean Queen’s Park has stamped it untouchable; instead it allows the municipality to guide the area’s character and to ensure that ongoing development will fit that character.

Matthew Wilkinson is the staff historian for Heritage Mississauga. Having an HCD within his jurisdiction is a dream come true, but it’s also safe to say it keeps him awake some nights. There are challenges, he admits, in the coexistence of the old with the new. For instance, the character and quaintness of Meadowvale Village—and the availability of land—is what encouraged development in the area.

But it is that development which is most likely to change its character and the real estate values. When the temptation to sell becomes a reality, so do the desires of incoming residents who may want more than a one-car garage or 1950s electrical wiring. “The future is coming, that’s what we know for sure,” Wilkinson says. “To make it all fit is the hard part.”

And so it goes, with what was once Meadowvale Village now taking up almost a third of the population of Meadowvale proper—the challenge of mixing the past, present and future is ongoing. But that’s not to say it’s a bad thing. As far as Wilkinson is concerned, these challenges have made the villagers, both old and new, ever vigilant in making sure things are handled right, whatever “right” turns out to be.

As such, while the struggle over Meadowvale Village will continue, the chances of something slipping through without the scrutiny of watchful eyes is very slim.

Steven Pecar is a Mississauga-based journalist.