Councillor Pat Mullin to Step Down in Ward 2 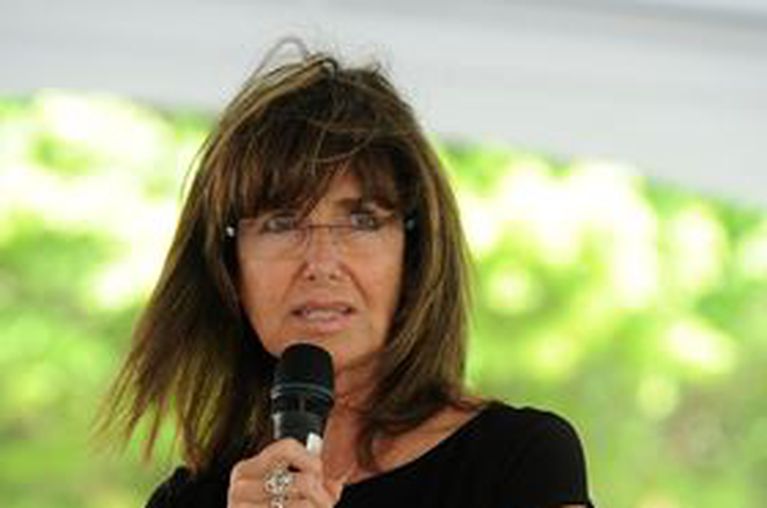 Mullin has served the City of Mississauga for 29 years as Councillor, with a strong focus on community, the environment, and crafting consensus among disagreeing points of view.

Charles Thornton, President of the Sheridan Homelands Ratepayers Association (SHORA), had this to say about working with Councillor Mullin:

“I was always so amazed by how quickly Pat responded to my emails pertaining to an issue in the Sheridan Homelands. Within a few minutes she would be personally responding and copying the appropriate department to deal with the issue at hand. The next day that department would be in touch with an action plan. I only hope that her successor carries on this high quality of service.”

With that reflective spirit in mind, let’s take a look at our “MississaugaLife Classic” profile on Councillor Mullin, written by our editor, Mike Douglas.

For veteran Councillor Pat Mullin, protecting her residents’
way of life is a relentless challenge.
Words by Mike Douglas

“Wouldn’t you agree that this is insanity? Would you go so far as to say that it is criminal? Stop the gas plant! Use the transmission lines! No more certificates of approval in the air shed!” This was what City of Mississauga Councillor Pat Mullin had to say to cheers and applause from 2,000 protesters assembled on the lawn at Queen’s Park on March 2nd, 2010. Bussed into Toronto from Mississauga and Oakville, placards in hand, citizens of all ages participated in a popular campaign to stop the gas-fired power plant planned first for Mississauga and then Oakville.

After an Ontario government environmental study deemed the targeted plant locations to be suffering from too much pollution as it was, protecting the health of nearby residents from more pollution trumped energy efficiency. On October 7th 2010, Ontario Energy Minister Brad Duguid indicated that the tireless work of Mullin, Mayor Hazel McCallion, dedicated volunteers and fellow city councillors had paid off; the government was cancelling plans for a new power plant anywhere in Oakville or Mississauga.

For Pat Mullin and her team, it was a gratifying conclusion to years of effort, and one that helped propel her to an eighth term as Councillor of Ward 2, making her the longest-serving member of council after Mayor McCallion. What’s more, having raked in 86 per cent of the votes in her district, Mullin was the only elected official in Mississauga to score a higher plurality than the mayor.

Considered by many to be a natural successor to her friend Hazel McCallion, Pat Mullin shares the mayor’s propensity for straight shooting, enjoying a genuine easy comfort with people while possessing a readily available temper. This fashionably elegant mother of three, grandmother of four, and former emergency room nurse quickly becomes animated when the subject turns to protecting her constituents’ health and quality of life.

Mullin is a long-time community advocate with a spine of steel that she keeps in shape by cycling and fighting those who threaten her communities’ way of life. It is likely no accident that there are more Ratepayers Associations in Ward 2 than in the rest of the city combined, although the councillor quickly steps back from this, claiming, “It has nothing to do with me.”

Mullin resides in Clarkson and is just lucky, she says, to have established communities in her ward that are proud of what they have and anxious to protect it. “We have a unique community in Lorne Park with a lot of heritage. Clarkson is a village with a vision. Park Royal is a very special community with a denser population. The Sheridan Homelands is well established and they are all very protective of their communities.”

Issues have poured in through the years: the wearing of turbans in the police force, a new temple and traffic problems, plans to build docks across the shoreline in Jack Darling Park, and pollution and expansion controversies. “Jack Darling Park is a public destination, a natural beautiful park and to change it to a commercial venture was unacceptable,” says Mullin.

The burning of garbage at St. Lawrence Cement created a hazardous pollution issue that she and resident Julie Desjardins successfully brought to the attention of the province, resulting in a new and effective means of capturing pollutants before they were expelled into the air.

The Petro Canada expansion on the lake was contested by citizens and led the councillor to make an argument that sounds so logical it’s hard to believe there’s determined resistance to it. She maintained that we breathe whatever is in the air, not just what’s in one polluter’s emissions, so consequently there should be a means to measure the cumulative health effects of air pollution. Unfortunately, the Ontario government and the city council of the day were not supportive.

During the fight against the power plant, the councillor’s comrade-in-arms, Mississauga South MPP Charles Sousa won support for an air quality task force led by Premier McGuinty’s appointee, Dr. David Balsillie. He reported in July 2010 that there should be steps taken to reduce the area’s pollution rather than to approve a power plant which would aggravate it further. The report reaffirmed the principle of clean air as a citizen’s right.

Councillor Mullin’s next fight was with the Ontario Municipal Board (OMB). A residents’ focus group worked for a year and a half on a redevelopment plan for the area on the north side of Lakeshore Road, just east of Southdown Road. The developer wanted 15 storeys and the focus group wanted six. Mullin felt the wishes of the community and city council were given little attention by the OMB, who approved the developer’s proposal. This prompted Mullin to sponsor a motion in city council in June 2011 calling for the province to abolish the OMB. Council passed it unanimously.

As Mullin sees it, the developer’s argument for growth and the support of the Mississauga Urban Design Advisory Panel for its design fly in the face of democracy and the nature of Mississauga. “This city is a collection of old and new communities merged into one. We celebrate these established communities because they have so much to contribute to the character and diversity of Mississauga. They have to be protected.”

“Our plans are meeting intensification targets already,” the councillor adds forcefully. “We’ve embraced the policy in the Official Plans and we’ve already intensified in Ward 2. It comes down to development plans that are completely different from our community goals. What is the point of having public meetings if we aren’t going to act on those approved plans?”

For the battle-tested protector of Ward 2, the fight is not over. The appeal of the OMB decision is being prepared for a higher court, and Pat Mullin will be ready to fight for her residents’ right to be listened to.