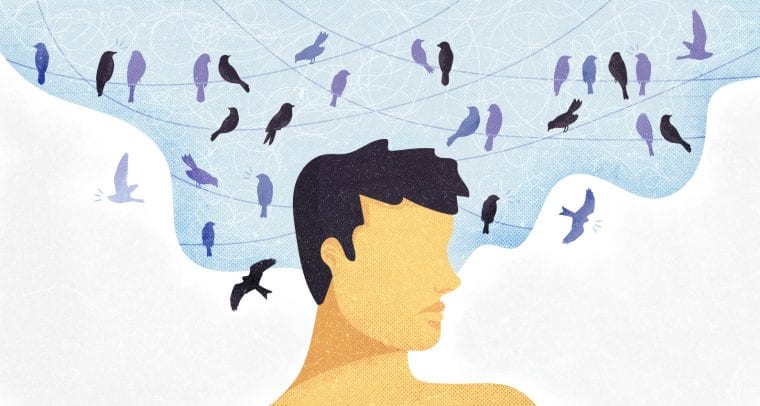 “The tests show that your child scored very high for ADHD. That stands for attention deficit hyperactivity disorder.”

“I know what it is,” I replied, slightly mortified.

Like most baby boomers, I had heard all about ADHD from other parents and from… well, you know, stuff I’d heard or read somewhere. I don’t know exactly. But I “knew” it was a fad diagnosis and it was caused by sugar and junk food, producing hyperactive boys who wore hockey helmets in class because they smashed their head against the walls. I also “knew” it was over-diagnosed, and that it was a bogus diagnosis used by lazy teachers and weak-willed parents looking for an excuse to drug overly outgoing, creative kids into zombies who did as they were told. So I knew enough about ADHD to make snap judgments.

Alas, over the next few months I did more research and learned the truth, starting with the somewhat humbling realization that everything I knew about ADHD was wrong. Over-diagnosed? It’s estimated that fewer than half of the kids who have this mindset have been identified. A fad? The first description of the classic ADHD boy was written by a doctor in the 1840s, long before video games and the Internet, in a poem called “Fidgety Phil.” Sugar and junk food? No evidence. This is everywhere on the planet, not just in Western countries.

I was shocked to discover how much was actually known about this disorder and how much mythology I had assumed was common knowledge. A disease? Nope. You’re born this way—it’s how you’re wired. Several suspect genes have been identified. It’s as heritable as height.

At that point I started to look in the mirror. I took some online tests and read lists of common traits of ADHD adults. It felt like I’d been struck by lightning:

• “Lots on the go, but not good at finishing.”
• “Underachieving in school and at work.”
• “Overly talkative, interrupts, blurts out things.”
• “Addictive personality. Workaholic.”
• “Trouble following instructions.”
• “Day dreams. Poor working memory.”
• “Driven by a motor, restless in meetings, impatient in lineups, hates small talk.”
• “Can hyper-focus when interested and be super productive.”
• “Creative, enthusiastic, strong verbal skills, innovative and cross-disciplinary thinker.”
• “Always feels like an outsider, doesn’t fit in, questions rules.”
• “Spontaneous, good in a crisis, a sense of humour.”

Gradually I saw how this hidden saboteur had undermined my best efforts in every area of life. It was unrecognized in my childhood because I was not particularly hyperactive so I was more ADD than ADHD. Like many ADDers, I flew under the radar.

Once I began learning the facts, I was relieved, angry, sad and then hopeful. And forgiving. No wonder I have written 700 episodes of skit comedy and never finished a single screenplay. Even a half-hour sitcom seemed like an epic undertaking. When I figured out what was going on, I tossed out all my aborted screenplays!

Learning that this is neurology, brain chemistry, and that it’s about below-average filtering and organizing skills suddenly clarified why I am the way I am. Everyone loses their keys, dislikes paperwork, and tunes out of conversations. But when it’s the third time this morning that I’m cursing, “Where did I put my wallet now,” then it’s impairing. And that’s when it’s an issue.

Why the sudden surge in people being diagnosed? Because until about 1990, experts assumed ADD/ADHD kids grew out of it. Follow-up studies of “Ritalin kids” from the ’60s showed that about one-third did outgrow it. The rest found ways of coping, or ended up bankrupt, divorced, under-employed, struggling, with houses full of clutter, a trail of unfinished dreams and a sense of failure. We often cope by self-medicating with caffeine, work, sex, nicotine, shopping, cannabis and a life of crisis. No wonder so many ADHD adults are misdiagnosed with depression and anxiety. In fact, it’s not really a misdiagnosis. Studies show that undiagnosed and untreated ADHD puts you at twice the risk of divorce, bankruptcy, car accidents and unplanned pregnancies

That’s the good news because once you are diagnosed, there is a ton you can do to minimize the downside and emphasize your strengths. It’s been over a decade since I was diagnosed with ADHD; I was 47 at the time. Since then I’ve made a number of TV programs about ADHD featuring my friend and fellow comedian Patrick McKenna and a score of ADHD experts. In fact, I’m writing this in a hotel room in Washington, DC before heading over to PBS for the broadcast of ADD & Mastering It!

We’ve won awards for our programs and people have written to say that the information in our first show ADD & Loving It?! and on www.totallyadd.com has saved careers, marriages and even lives. Driven by a knowledge of how much can be done, we’ve been on a mission to transform how this disorder is viewed. Our goal is to demystify and destigmatize ADHD. ADHD is not a gift, but nor is it the kiss of death. It’s a mindset. The brain has plasticity, and you can transform this. You can build new habits to handle the crap so you can focus on achieving what you want. At the end of ADD & Loving It?!, Patrick McKenna concludes, “You can’t really love your ADHD. But you can have ADHD and have a life you love,” which is a message every expert we’ve spoken to has endorsed. Myself? I tell people, “I used to suffer from ADHD. Now I just have it.”

Later today, on PBS, I’ll probably be asked the question every interviewer ends with, “What’s the one thing you want our viewers to know?” I can never edit it down to one thing, so I’ll say, “You want to know if you have ADHD: for yourself, your spouse, your kids and your coworkers. The universal regret of adults who’ve finally been diagnosed is, ‘If only I’d known sooner.’ Undiagnosed and untreated ADHD can sabotage your life. Yet if you educate yourself, understand your particular symptoms and take on a holistic treatment plan, you can soar.”