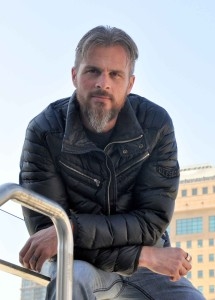 On April 27th in Ward 4, a vote for Daniel R. Wallace is the right choice. Daniel Wallace is an extremely hard-working man who is dedicated to improving the everyday life of Mississauga’s citizens. When you vote for him, you can be certain that you are making the right decision for you, your family and your business.

As your Councillor, Wallace promises to:

Wallace is currently an incumbent member of the City of Mississauga’s Towing Industry Advisory Committee. He has served there for the past four years. This influential committee meets with Councillors Starr and Iannicca. Wallace knows that the towing industry and the amount of gridlock in the city are disorderly. Throughout the past several years, 14-year-old Sophia Choudhri was killed and others have been seriously injured because of the flawed system and collision chasing. By sitting on this committee, he does his best to improve the roads for the common good. Wallace received a Civic Award of Recognition from Hazel McCallion for his amazing work on the committee.

The communications power of 411—a central communications network (CCN) created by Wallace—integrates the region’s emergency services communications and implements a new, non-emergency reporting number, *777. This will drastically reduce response times for first responders, reduce 911 call centre overload, and clear our gridlock by removing vehicles from our roadways immediately after an accident. The CCN will save tax dollars, put valuable time back into family life by removing gridlock; this gridlock causes billions of dollars in productivity to be lost each year throughout Mississauga’s industries.

A vote for Daniel Wallace is a vote to save time, money, and lives.