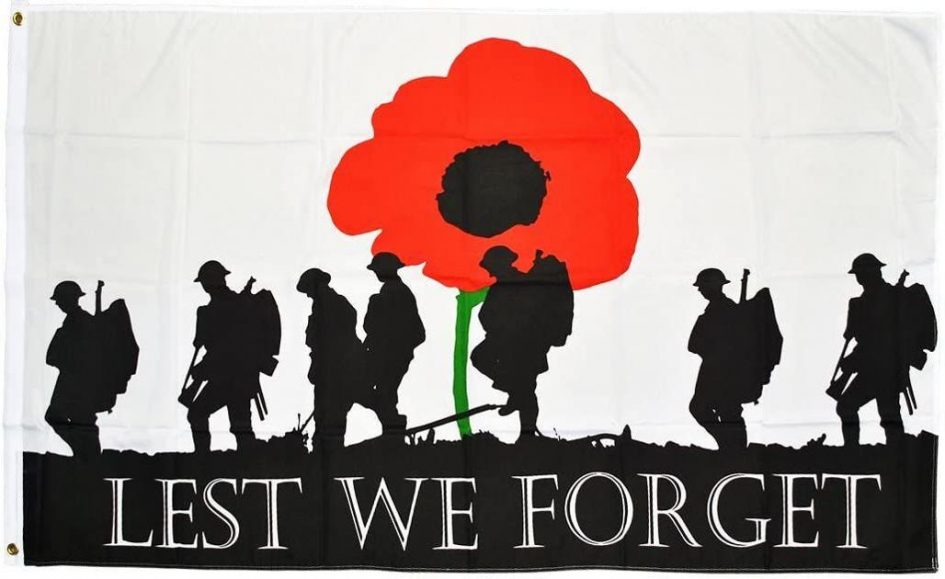 A Navy veteran shares his story in a tech-savvy world.
Words by Ann Ivy Male

This month we acknowledge Remembrance Day, a day to reflect and pay homage to our fallen brethren. It also reminds us of the sacrifices made by so many men and women who fought in wars and those who continue peacekeeping missions worldwide. I’ve often heard it said that a country that does not know its history is a country without a soul.

We live in a fast-paced world where information is at our fingertips, and social networking and instant tweets constantly keep us up to date and in the now.

As a society, we are fortunate to have this technology, and it’s easy for us to take it for granted. I often wonder what it might have been like decades ago when communication was not so instant. What, for example, was it like to fight in a war where your only connection to home came via hand-written letters or one-sentence telegrams, or when families back home hovered around the living room radio to get the latest war updates?

At the Port Credit Canada Day Parade this past summer, my neighbour, Able Seaman Andrew Irwin, drove by in a vintage army Jeep featuring a slogan, “Supporting our troops, both past and present.” I could see from all the medals on Andy’s blazer that he had a story to tell. In an effort to get to know our Canadian history a little better, I approached Andy and asked if he’d be willing to share his experience. Andy was a seaman on the HMCS Algonquin, a Royal Canadian Navy destroyer that participated in the Invasion of Normandy. After chatting with Andy for a few hours, I walked away with a stronger appreciation for all the Canadians who fought unselfishly so that we, as a people and a country, could live in freedom.

Andy was born in 1925 and grew up on the west coast. He remembers he was 14 years old when WWII started: “It was September 3rd, 1939 and I was a paper boy for The Vancouver Daily Province. I was selling papers at a streetcar stop and yelling, “Extra, extra—Britain and France at war!”

Andy was too young to enlist, but always felt a strong connection to the sea. I asked Andy what inspired him to join the navy. “I’d watch the freighters from around the world delivering goods to New Westminster, B.C., via the Fraser River. It intrigued me, so I took a job as an oiler on the passenger vessel, The Canadian Pacific Princess. I was paid 25 cents an hour and I’d usually be away from home for five days at a time.”

After that, Andy trained with the Boy Scouts and the Sea Cadets. He then joined the RCN Volunteer Reserves at the HMCS Discovery in Vancouver and was eventually deployed to the HMCS Algonquin which became part of the 26th Destroyer Flotilla and operated off the Norwegian coast and the English Channel during the war.

I asked Andy to describe his duties on the ship. “Well, they varied from looking after charts in the chart room to peeling potatoes; you helped out where you were needed. I was the Navigator’s Yeoman, the secretary to the Navigations Officer, and my main task was to tell the officer on watch when to zig and when to zag the ship in order to avoid the German U-boats.”

Andy recalls that on the afternoon of June 5th, 1944, he joined his shipmates on deck and his commanding officer, LCDR Desmond Piers DSO, notified the crew that the following day was D-Day, the Invasion of Normandy. They would now be part of “Operation Neptune,” as it was secretly coded.

The HMCS Algonquin sailed through the Channel towards Normandy, France, and at 0400 (4:00 a.m.) on Tuesday, June 6th, things began to happen. Andy remembers, “From the ship’s deck we could see flares, rockets and gunfire begin to light up the sky from inshore. At 0700 we started bombarding targets on the shores of Courseulles-sur-Mer, part of an eight-kilometre stretch of beach. Juno Beach was its code name.” Andy was on gun crew. His task was to load and reload shells onto the gun trays. I asked Andy how he felt at the time and his response was, “You didn’t have time to feel afraid; you just did what you were trained to do. It was an eerie feeling, especially when we looked overhead and bombs were flying past us, heading for shore.”

I can only imagine how physically demanding and noisy it must have been around the ship. Andy said that the bombardment lasted throughout the day as troops stormed the beaches of Normandy against the German army. “We never really saw the extent of the damage or the number of casualties; the only form of communication we had came in sporadic 10-minute updates via BBC broadcasts over the ship’s PA system.”

The Invasion of Normandy was one of the largest and most successful naval operations in history, and Able Seaman Andy Irwin was among the 100,000 Canadian sailors who participated in it.

Andy turned 86 this past May and he still has vivid memories of his service in the Royal Canadian Navy. He is a member of The Naval Officers Association of Canada (www.noac-national.ca) and is collaborating on an electronic publication called The ABCs of the Battle of the Atlantic, which will be a teaching resource. Over the last 20 years, Andy has presented his story to various schools and organizations province-wide. He uses a PowerPoint presentation to interact with numerous students who are captivated by his story. I asked Andy what advice he gives to the kids and he states clearly, “You are fortunate to be blessed and living in this country, and I hope you never have to go away and get involved in such a squabble.”

If I reflect back to the day of the parade, the slogan about supporting troops both past and present strikes a chord with me; Andy continues to support our history by educating new generations via modern-day technology.

As impressive as his naval exploits and experiences are, what gets me thinking is that Andy’s adventures did not end after the war. He has witnessed many changes, some of the biggest being our technological breakthroughs. The reality is that social networking and instant information are central to our modern-day lives. Andy understands this, but what is inspiring is that he uses these new means of communication to reach out to a younger generation. He educates them and instills in them a sense of pride in being Canadian, which helps us as a country to find our soul.