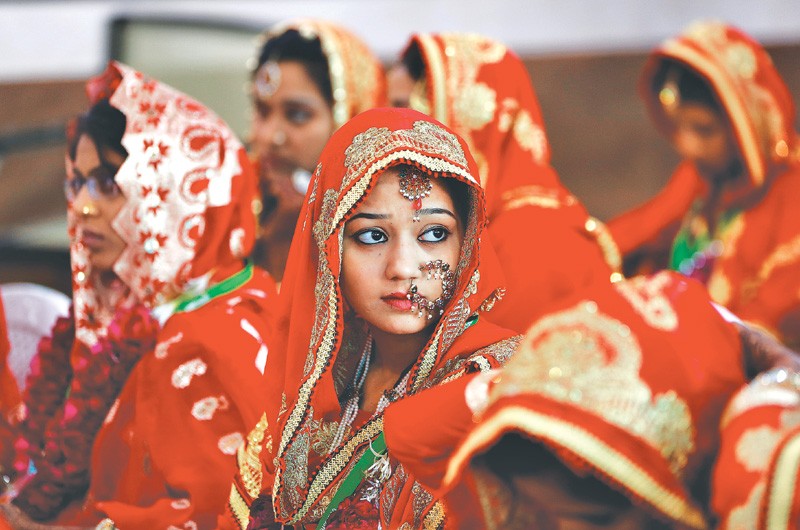 This global diversity promoter writes on romance and radicals, taboos and freedom, while surviving Pakistan on her best behaviour.Words by Raheel Raza

Ahh, romance is in the air – February is the month for Valentine’s Day, roses, chocolates and all those things men often forget. As South Asian immigrants to Canada, it’s easy for us to ignore the sexy, amorous, commercial lure of such a romantic day in the calendar. Why? Because we’re South Asian and we grew up believing in storks and largely remain in denial that sex ever happens.

However if you observe the huge population growth among South Asians, you know they’re obviously doing it but public discourse about romance and sex is a no-no – at least in the older generation. My parents slept on twin beds separated by a small table – now we don’t know who visited whom, but we’re three siblings so some late night visits must have taken place and we would like to believe that was the only time.
I’m embarrassed to admit that some of this misplaced modesty and prudishness about discussing sex was passed along to us. When we first came to Canada, I used to look the other way at public displays of affection. Then my kids started school and it was time for “THE TALK” about the birds and bees. We picked straws and my hubby won the honour. We went looking for books in the library but were terrified when we saw “Jane has two moms”. What can I tell you? We were so uptight about heterosexuality; can you imagine our discomfort with homosexuality? Besides we were still using the term “gay” to mean happy.

By the time we sat down with the kids, they informed us in visual detail of things we could only imagine in our fantasies. It was a lesson well learned and we’ve come a long way. Now we can actually hold hands in public.

Romance is so much more effective when it’s not scheduled on a particular day but becomes a constant in our lives. We’ve been happily married over 30 years and still uphold romance for a lasting relationship, but my kids don’t want to know us if we cuddle.

February is also the month for celebrating family day, winter festivals, Black History Month and diversity. Diversity is my companion in life as I learn to practice what I preach. I’m reminded of Canadian comedian Russell Peters, who before he was rich and famous, was a surprise guest performer at my 49th birthday party. Russell spoke about the future of Canada chuckling in a politically in-correct way about the offspring of a Japanese and Pilipino being called a “little Jalape?o” etc. We laughed uproariously not knowing that we would actually be celebrating this union in our own family. My younger son married a Catholic girl from Mexico and now we have two Mexi-Paki-Canuck grandchildren and we’re proud of them. They straddle two faiths and three cultures – that’s diversity in action.

In the spirit of diversity, I also have a penchant for adopting diverse youth – not legally but in a family-of- the-heart sort of way. My own kids learnt at a young age to share me with those who were on the fringe, hungry for love or disowned by family and friends. My latest adoptee is only 6 foot 7 inches tall and an African- American-Canadian convert to Islam who calls me “Apa” (elder sister) and people think he’s my bodyguard which bodes well for my personal safety.

I travel the globe speaking about the benefits of diversity. Last month I was in Los Angeles speaking to a Jewish group; then to Victoria B.C. to present to a Christian group; once I speak to a Muslim group, the circle will be complete. Diversity in Canada is a blessing as its like living in a virtual university where we can study world religions free of charge and without going to an institution. But only if we take off our blinkers and are open to dialogue, debate and discussion. Every year I host a multi-faith peace prayer with Eternal Spring United Church in Hamilton and we ring in the New Year with peace presentations by almost a dozen faith traditions because to me, this is what Canada is all about.

My travels will take me across the Atlantic this month to the U.K. and Pakistan and these are two countries where diversity has been challenged by extremists who practice exclusivity rather than pluralism. In England I’ll be speaking at campuses across the country in light of two recent reports. The first, titled Radicalization on British University Campuses was done by Quilliam which is a counter- extremism think tank.

The second study was done by The Center for Social Cohesion and is titled Islamist Terrorism: The British Connections. The CSC is a non-partisan think- tank committed to the promotion of human rights which also specializes in studying radicalization and extremism within the UK.

Essentially I’ve been asked to speak about religious freedom, human rights, democracy, and developing a Muslim identity at home in, and with, the West. I think I’ll survive because my understanding is that the de- radicalization process needs to done in the same way as the radicalization i.e. from within the faith and that is my strength.

In Pakistan I shall be forced to remain low key and keep my lips zipped because I want to return home safely – to the safety and pluralism of this dynamic land that I call home.