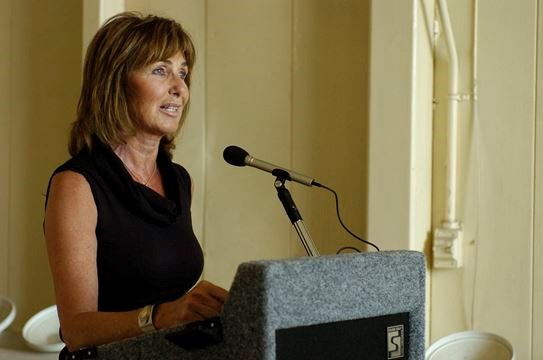 After 29 years on Mississauga City Council, Pat Mullin, the popular Councillor for Ward 2, has decided to step aside.

“I never anticipated I would be a councillor for 29 years,” she says, looking surprised to say it. “It’s been my life and making the decision to quit was very hard.”

Mullin is confident that there are good candidates available with fresh perspectives and her life will go on, even though she’s lived and breathed this job.

“I was working on Council business at the hairdresser, or my son’s hockey game. I was single, so my job took over.” Her son and two daughters are grown up now, and Mullin has no regrets. “It’s been a privilege. I never envisaged any of this stuff. Hazel told me I would never last because I wasn’t political enough.”

Mullin caught people’s attention this year when she didn’t register as a ward candidate. She looks off, saying, “I just needed the time to decide and when it came, I knew. It was time to let go.”

In case this sounds like goodbye, it likely is not. Mullin is currently considering running for Chair of Peel Region to replace retiring Chair Emil Kolb. The new Peel Regional Council will vote for their Chair in the new year, and Mullin felt it would be unfair to run for Council and then run for Chair, forcing a costly by-election in her ward.

After three decades, Pat Mullin’s name will not be on the ballot, yet her influence on all city electors may be about to grow immensely.