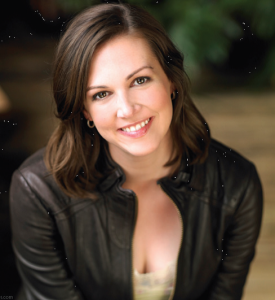 Spring is here, I can tell. The sun is out, people are day-drunk and all the wrong guys are beginning to go shirtless. I can also tell because I have that feeling in my gut, in my bones, in my mitochondrion: it’s time for spring cleaning!

But not the kind of spring cleaning that involves a mop, some suds and Wham!’s 1984 album, Make it Big. No, I’m talking about a spring self-cleaning—a top-to-bottom, inside-and-out cleansing of the entity that is you.

Thigh Will Be Done
Well, OK… not just the thighs, but the whole body. I’m not even talking about weight loss, although months of hibernation can and will lead to unwanted pudge without the regular help of Richard Simmons and the oldies to whom he sweats. Look in the mirror; go. I’ll still be here when you get back.

See?! The paleness of your skin, the dark circles around your eyes, the at-home perm you gave yourself because you were bored… it’s bad, it’s all really bad. You need to get outside, or if you’re a ginger, just stand near a lamp for a bit. Walk to work tomorrow, bike to the mall, roller-skate to the 1970s because that’s the last time people roller-skated!

The point is, you need some serious sunlight because it’s a scientific fact that everyone looks better with a tan. I saw it on an episode of Bill Nye the Science Guy, so it must be true. Also, lose the curls: perms only look good on 80-year-old women from New Jersey and even then it’s touch and go. Oh, and there’s something else you need to lose… or rather, someone.

Polar Opposites
You know that person you’ve been waking up beside for the past six months? The one who’s been eating your food, watching your cable and claiming to be experiencing the truest form of love? You gotta lose ’em. Dump ’em, and dump ’em now! They’re not great. They’re probably not even good. You probably just bumped into them on public transit and then let them stick around for the body heat they provided during the Polar Vortex.

If there’s one thing I know about winter, it’s that it’s the season of settling. No more! Spring is here, the season of sun and fun and upgrading in the significant other department. Get out there, find a doctor, stalk an astronaut or at the very least have a fling with the glockenspiel player in a hipster indie band! It’s time to shed the layers of your personal life and if you’re still wearing long johns or flannel undergarments, you’re going to want to shed those too.

Impr-YOU-vement
The last thing that needs a good scrub is your attitude. I know this winter was devastating, like watching Legends of the Fall three times in a row and by the end you’re so emotionally drained even Brad Pitt doesn’t look attractive anymore. However, you need to buck up, as someone over 70 would say, because there’s going to be at least two months of nice weather this year; that’s all I can guarantee now that climate change is rearing its ugly head.

So, do whatever you need to do to shake those winter blues. Listen to German techno, adopt a “life mantra,” buy a puppy… buy two puppies! Spring clean the house if that’s what gets you jazzed, as long as it’s the first of many steps toward spring cleaning yourself.

Carly Heffernan is an actor, writer, improviser and alumni of Second City Toronto. She was a member of the awardwinning Sketchersons and continues to party on-stage at various comedy venues.