The Benefits of Fitness

The fountain of youth in you.

It’s no secret that regular exercise makes you more energetic, helps you lose weight and leads to restful, satisfying shut-eye at night. You also know that exercise reduces your risk for dangerous medical conditions like heart disease and diabetes, helps you maintain younger-looking skin and protects you from certain forms of cancer. Yet a growing body of scientific evidence suggests that its benefits may run even deeper than initially believed.

Studies that track the physiological and psychological processes triggered by exercise have yielded exciting results. According to recent research, regular exercise may also promote improved mental health while boosting your brain power—an intriguing possibility that numerous local advocates have put to the test, with  promising results.

How Exercise Benefits You Inside
To see where these hidden benefits of exercise come from, you need to understand what happens inside your body, from a biochemical standpoint. A large number of complex processes take place in your body during and after a workout, but two of these are particularly important.

First, your blood becomes oxygen-rich, and that oxygen gets delivered in large quantities to all your body’s organ systems. Since your skin is the largest organ in your body, it enjoys major benefits when you work out. Your blood’s boosted oxygen levels help your skin stay taut and well-toned. What’s more is that oxygen is one of the deadliest substances there is—if you’re a cancer cell. That’s the reason regular exercise reduces your risk for practically all common cancers.

Second, your brain releases a large dose of feel-good peptides called endorphins, along with a smattering of other neurotransmitters which regulate everything from your moods and emotions to cognitive functioning. The flood of peptides and neurotransmitters released when you work out has been proven to reduce depression and anxiety while boosting your focus and performance. According to Dr. Marino Battigelli, a child and adolescent psychiatrist with Mississauga’s Trillium Health Partners, exercise is crucial to your brain’s overall well-being. While he emphasizes that “exercise is not an instant cure for all life’s problems,” he does stress that it “keeps your brain functioning more efficiently than a sedentary lifestyle.”

The Neurological Benefits of Exercise
During and following exercise, your brain produces elevated levels of endorphins, norepinephrine, dopamine and serotonin. These chemicals help regulate mood and improve concentration. “Endorphins are hormones that block pain signals,” Dr. Battigelli explains. “[They] are noted to affect pleasure and satisfaction,” which helps explain why working out can give you a heightened sense of well-being.

Norepinephrine, dopamine and serotonin all offer ancillary benefits. According to Dr. Battigelli, “Norepinephrine helps with attention, arousal motivation and perception,” while dopamine “influences reward, movement and concentration. Ritalin, for example, which is used to treat ADHD, raises dopamine in areas of the brain that ‘calm’ the mind.”

Finally, serotonin is a well-known mood-booster and helps regulate impulsivity while reducing aggression and anger.

A 2011 study carried out by Dr. Charles Hillman and Dr. Arthur Kramer of the University of Illinois found a significant association between increased aerobic activity and improved academic achievement in a student control group. These findings complemented another 2011 study, conducted by Dr. Catherine Davis of Georgia Regents University, which concluded that regular exercise correlated with increased mathematical abilities and higher-level cognitive functioning.

Inspired by these and other studies, Belinda Bernardo, principal of Mississauga-based private school Star Academy, implemented a daily physical education regimen in the hopes that it would boost student academic performance. “Research findings actually motivated us to develop a program that was beneficial to students on both physical and cognitive levels,” Bernardo says. As part of Star Academy’s program, students engage in physical activity in the morning, with senior students getting exercise during the first morning period and junior students enjoying gym classes during the last morning period. According to Bernardo, the results have been very encouraging.

“Back in 2011, we evaluated the program over a two-week period in terms of cognitive and social/emotional effects,” says Bernardo. “We found a 14 percent increase in selective attention and processing speed, a 30 percent reduction in off-task behaviours in the classroom, and a 6 percent increase in self-esteem.” The program has remained in effect ever since, and Bernardo says that she has seen significant improvements in physical, cognitive, social and emotional development as a result.

Dan McGann, a social worker at Trillium Health Partners, has also noted a positive correlation between exercise and mental health in his line of work. “I started to run myself after a major depressive episode in 2002,” he says. “I started with a 5 K run and built up gradually to completing my first full marathon in 2006. I felt so good I decided to develop and launch a program to help teens struggling with similar issues.” 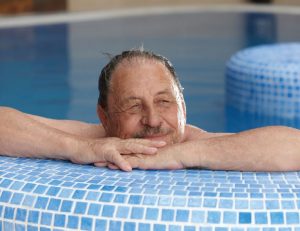 Launched in September of 2006, McGann’s program occurs twice a year, once in the fall and once in the spring. Over a 12-week period, participants take part in a “learn to run” program on Tuesdays and Saturdays. Motivational speakers and increasingly intense group workouts culminate with a community running event, after which McGann hosts a group graduation party to celebrate the achievements of the participants. “The group has been a tremendous success,” McGann says. “Teens and parents alike have reported improvement in mood and self-esteem, as well as improved sleep and school performance.” McGann’s program received the Quality of Life Award in June of 2012, a national honour that recognizes exceptional community improvement initiatives. Inspired by McGann’s success, hospitals and community health centres across the country have implemented similar running programs.

Imagine your doctor told you there was a drug-free way to enjoy better overall health and protect yourself against Canada’s leading causes of death all while looking younger, sleeping better, having more energy and enjoying stable moods and a sharper mind. You’d think it was a medical miracle. That’s the power of regular exercise, and it’s never too late to get up, get active and enjoy a better life. 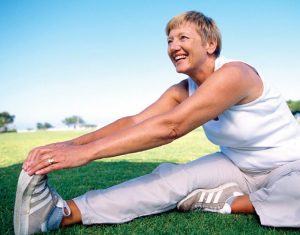