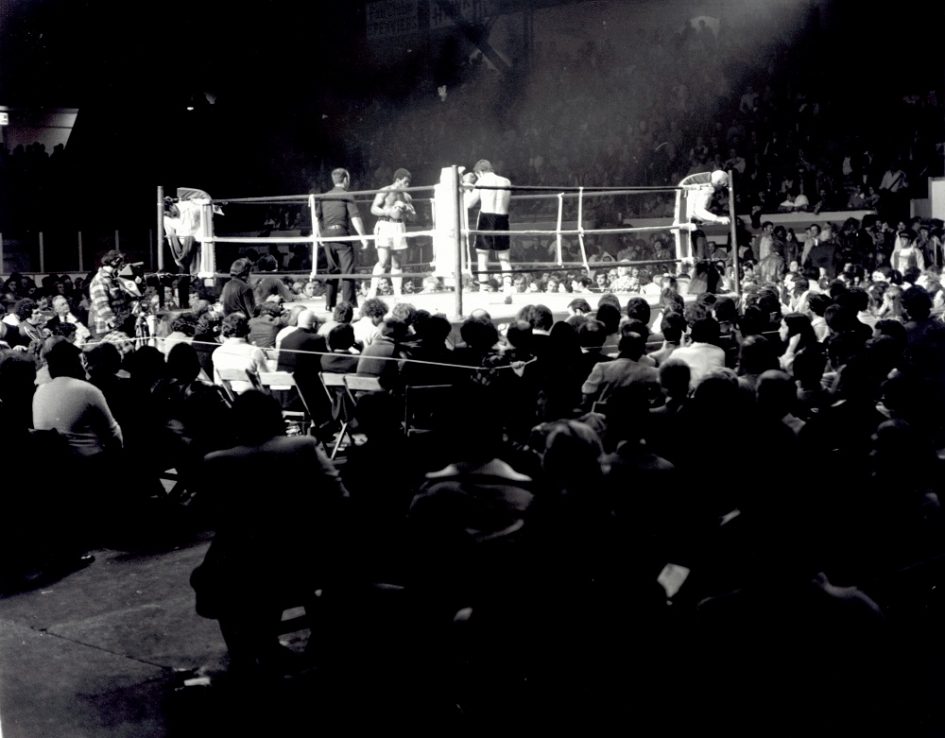 Even in Mississauga running with gangsters is a proven path to an early grave or the crowbar hotel. Words by John Schmied

Credit popular culture, but mob killings conjure up images of the New Jersey waterfront, a Montreal tailor’s shop, a Philadelphia steak house or a Reno strip club. Ten years ago next month, however, a sensational mob-related execution went down right here in safe, suburban Mississauga.

Born in Portugal, Eddie Melo was six when his family immigrated to Toronto. He took up boxing as a kid and became very good at it very quickly. At 17, he moved to the Montreal area because Ontario wouldn’t licence boxers his age. His success in the ring – seven knock-out wins in his first seven professional bouts – drew the attention of boxing fans, including Frank Cotroni, then the head of the most powerful mob family in Canada. Frank took a real liking to Eddie.

Eddie won the Canadian Middleweight championship in 1979 but lost it in a re-match three months later. The loss threw his boxing career but it didn’t mean he was out of work.

Over the next decade, Eddie traded his reputation as a boxer for one as mob enforcer and racked up a string of convictions for assault and weapons offences. Connected to Cotroni-related businesses operating in the GTA, Eddie made more than a few enemies. In 1989 he and a friend were targeted for death because they’d crossed the wrong people.

In 2001 he was fighting deportation for his criminal past (his parents never took out Canadian citizenship for him) when one last enemy put him down.

In the early evening of Friday, April 6, 2001, Eddie and long-time pal Joao “Johnny” Pavao drove in Melo’s wife’s Jeep to the Cliffway Plaza, on the North Service Road between Hurontario and Cawthra Road. They parked outside a non-descript sports caf? that police knew drew a crowd of connected guys that Eddie felt comfortable in. That night’s crowd, though, there was a Judas.

Eddie and Johnny chatted in a parking lot – Eddie in the driver’s seat, Johnny standing at the driver’s window – when a blue SUV carrying two men rolled slowly rolled through the lot.

The passenger stepping from the Suburban was nondescript: not tall enough to be seen among the vans in the lot and wearing a jacket with the hood pulled tight over his head, not unusual given the early spring evening’s chill. A close look would have highlighted three things: he was powerfully built; he had a turtleneck pulled up over his mouth and nose, and; he had no eyebrows. Charles Gagne was a career criminal with charges and convictions dating back to when he was a teenager. Out on parole, Gagne heard from some prison buddies of a $75,000 contract out on a former boxer. Eager to move into a higher class of the criminal underworld, Gagne connected with the man offering the contract. He’d take the job.

Gagne later testified that the man who hired him wanted the boxer dead before the boxer could do him the harm he knew he was capable of. When someone saw Eddie at the caf?, a call was made and the job was on. Gagne was prepared. He had an untraceable gun, nondescript outer clothing, and had shaven off all his body hair – including eyebrows – to minimize any risk of leaving traces of himself at the scene.

They saw Pavao chatting with Melo, Gagne testified that the man who hired him told him to “Do what you got to do” about Pavao as he dropped him off. In the fading light, Gagne weaved between parked vehicles towards the Jeep with a snub-nosed .38 revolver in his hand. As he rounded the last vehicle and covered the two metres to the driver’s window, Gagne lifted the gun to the back of Pavao’s head and pulled the trigger once. At zero distance, that’s all that it took.

As Pavao fell, Gagne turned to Melo scrambling for safety but the gangster was pinned by the Jeep’s centre console. Gagne fired once, hitting Melo in the head, then a second time to make sure he’d done the job. He had. Gagne ran to where his ride was waiting, but it was gone. Thinking quickly, he lunged at a compact car being parked and yelled at the driver to get out at gunpoint. He jumped in and drove blindly through unfamiliar streets, eventually finding Sherway Gardens where he ditched the car among thousands of others. He found a pay phone and called a local buddy. They drove south to the lake where Gagne threw both the gun and outer clothing far into the water.

After a few tries, Gagne spoke with the man he said had hired him. Gagne testified the man told him he’d driven off because the police were coming – even though he disappeared mere seconds after Gagne fired the shots – but he was happy the job had been carried out. Gagne claimed he left for Ottawa with $50,000 of the promised $75,000.

Two years later, Gagne was serving a 10-year sentence for aggravated assault for shooting up a Quebec chalet while collecting a drug debt. Gagne told them he’d give them a story and testify against who hired him to kill Eddie and why – in exchange for a stretch that allowed him to apply for parole after 12 years. The Crown took the deal and arrested him on two counts of first degree
murder.

The man Gagne said hired him, drove him to the plaza, then abandoned him in a cloud of gun smoke, was put on trial and acquitted in 2005.