Hearts on the line 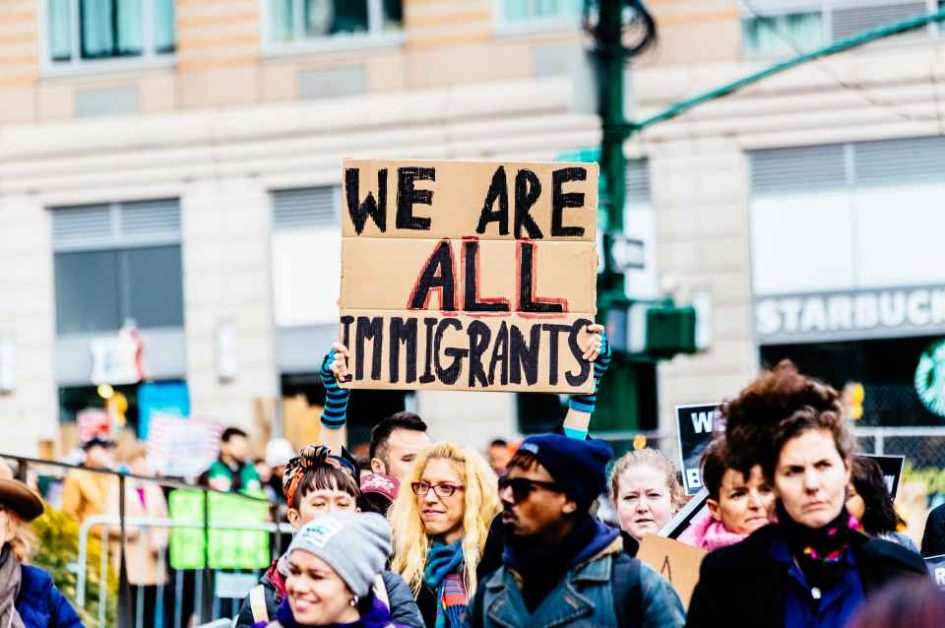 Vanita Varma may not be a new immigrant anymore, but her professional life keeps her in touch with what newcomers are facing on a daily basis. Words by Beverley Ann D’Cruz 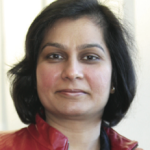 Ask Vanita Varma what the secret of her success is and she sums it up in one word, ‘initiative’. A Mississauga resident since 2002, she currently heads Spectra Community Support Services (formerly Telecare Distress Centre) as the Executive Director and has been an integral part of its development into a multilingual support centre for newcomers to the Peel Region. Dressed smartly in black trousers and a trendy red leather jacket, she exudes the calm and warmth of a best friend as she chats about her journey from India to the UAE, Singapore and finally Canada.

“We liked the city as soon we moved here,” says Varma, when asked why her family chose Mississauga as their home. “Our first home was at close proximity to different amenities like the transit, recreational centres, good schools, library, etc. and as a new immigrant these are the things you need in terms of the comfort and convenience so it was the best choice for us. It’s such a great place to live and raise kids. Plus you have a multicultural mix and so many ethnicities living together. In my opinion Mississauga is definitely the place to live in.”

On arriving in the city eight years ago, Varma decided she was going to be the mistress of her own destiny and make the most of what Canada had to offer. Although with job hunting and raising a young son and daughter, her daily schedule was always full of activities that took her outside the home. As a volunteer at several non-profit organizations, her interactions helped her integrate into the community, meet new people and absorb the Canadian way of life. According to Varma, this is what helped alleviate the difficulty of being a stranger in a new country.

“I did not wait and sit back and complain,” says Varma matter-of-factly. “I didn’t think about what didn’t exist. I just took part and started volunteering. And I think that was the best way to start because when you start volunteering you learn what exists out there. So if I think back, I think it was my own initiative and drive that helped. My whole family realized that if we need to find something we should go and look for it ourselves.” Almost immediately, she found herself employment.

It was through her volunteering efforts that Varma learned of the Telecare Distress Centre and their programs directed towards new immigrants. In 2002 she took the position of Program Manager and by 2006 was named Executive Director. Rebranded Spectra Community Support Services, Varma praises the organization for the support it offers new residents through its distress line phone service and post partum family support line in several languages. In addition, it has a TeleCheck service for seniors and a reassurance ‘calling out’ program for other community residents, both of which help assure the clients’ well-being.

“All these programs are offered in multiple languages and the biggest advantage is that people don’t have to go through an interpreter or translator but can talk directly to someone who speaks the same language,” explains Varma. “There is also a better understanding and cultural and religious sensitivity because of that as well. Basically what we are saying is that we are here to support you before a crisis happens and help connect you with community services like health care providers, employment agencies or food bank numbers that you may need.”

However, Varma doesn’t downplay the frustration and helplessness many newcomers feel during their initial years in Canada. Getting used to new weather conditions, a different – and sometimes conflicting code of moral values and having to restart a career from scratch are some of the issues which callers to the distress line express to the volunteers. And it doesn’t get any easier for many who are isolated from friends and family back in their home country, leaving them without a network of support and no one to listen to the troubles they are facing. But do new immigrants complain too much before they actually try their best?

“I think it’s natural to complain,” says Varma. “We complain when we are uncomfortable. And yes, it is uncomfortable to be here. I’m not against complaining. But I’m in favour of taking charge of your own life. Things don’t come on a platter for anyone. When people moved here 30 years ago things weren’t easy for them too. People who have made it in this country and become successful have worked hard for it. So if you say if someone else had it easier than you that wouldn’t be fair. We have a choice. We can say, ‘this country needs to do something for me’, or you can say, ‘I have made this country my home and I need to do something for myself and make a place for myself.’”

And that sums up Varma’s personality – honest, proactive and self-driven. She smiles when she talks about the organization’s selfless volunteers and admits that the biggest reward is when callers thank Spectra for being their lifeline in the community. Although her full-time work makes it difficult to continue volunteering as often as she’d like, Varma still tries to do it when she can. And dedicating time to others in need is also an important activity for her family as well.

“Volunteering has always been a part of our family life,” says Varma. “If you are lonely, my suggestion is get out there and volunteer and really get involved in your community. I believe we can all do small bits from our side to make this world a better place. So we can definitely do a little for others with our time.”

For more information on Spectra Community Support services and their programs go to www.spectrasupport.org or call 905-459-8439. Distress Line number: 905-459-7777.