Half the size, twice the fun!
Words by Jay Kana

I’ve been told I have a good memory. I enjoy remembering good things and even bad things on occasion; they’re learning experiences. I love how a certain song, smell, word or name can produce nostalgic memories locked deep in the catacombs of my mind.

When I sat in the new-to-Canada Nissan Micra, I thought of my father’s tiny yet reliable first car—a 1981 Datsun 210 in earwax beige, with only a driver-side mirror, shutter windows, and a whopping two speakers—and how he always said “Never ever touch the turbo boost button—EVER! Ask me before you even think of using it!”

I always thought that button was like KITT’s from Knight Rider. I was born in the late ’70s and as the show ended its run in ’86… I realized Dad was actually talking about the cigarette lighter.

Speaking of memories, remember good ol’ classic Tetris? Remember how much fun and frustrating it was? 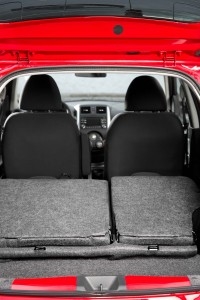 Well, the Micra is a little car, so Tetris was on my mind when I had to pack it for a day. I had to fit—get this:

…and it all had to fit inside Nissan’s aptly named Micra, and all on a hot Tuesday in August.

So after a few different configurations, I managed to find a proper space for everything. Don’t laugh—how many times have you packed a car and got it right the first time?

However, if I were arranging people in the Micra, I’d have to put a cap on it to just three; one driver, one front-seat passenger and one rear passenger. You just can’t fit four adults in there and expect a comfortable ride for the two in the rear. Or you could sub out the rear passenger for a set of golf clubs or a guitar case as I did.

I was offered the option between the five-speed manual and automatic, and when given the choice, I’ll always choose the DIY method. It’s fun, connects you with the car and makes it nearly impossible to text and drive—which you shouldn’t be doing anyway! I just like having more control over the car. I wish more drivers chose manual; hell, I wish more manual transmissions were offered in Canada. 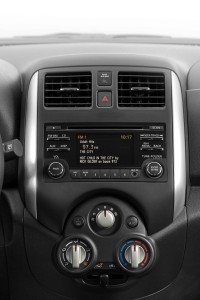 Anyway, let’s chat about options. It’s good to have options, but Nissan, for goodness’ sake, why would you put a backup camera in such a tiny car? With a big back window and a very short wheelbase, you’re practically in the backseat already once you turn your head around to look behind you. I’d much rather have Nissan include a navigation option, which sadly, isn’t offered at all on the Micra.

This is Canada’s most inexpensive car, and I’m sorry to say, the base model looks like it. But I tested the SR trim model, which is put together handsomely with a wide array of standard equipment giving it some pizzazz and style, mostly thanks to the fog lights, the colored side mirror caps, and the eye-catching 16-inch black rims.

Now here’s where Nissan’s design team shines: they’ve included a retractable armrest for the driver! Think I’m overly excited about this? Try driving for just a day—let alone a four-year lease/five-year finance term—without one. The comfort of a driver’s right arm doesn’t get enough attention in the world of these micro-cars. Gravity controlling the right arm is downright uncomfortable. The hands turn the steering wheel, so I’m of the school of thought that says, “keep the driver’s right arm in mind when building the cockpit.”

Oh, and Nissan… please work on adjusting this for next year: The damn front headrest makes it hard to find a comfortable seating position as my head was a few more degrees forward than normal. And if you lean back too far, you’re not sitting safely. Come up too straight and it’s just uncomfortable on the neck.

Finally, here’s the world’s worst secret: Value for money is hugely influential when buying a car. Fortunately, Nissan knows about this and incorporated it beautifully in the Micra.

So give it a shot and take it for a spin. If you decide to give it a home, I encourage you to make your own memories with it.

Maybe next time I’ll tell anyone willing to listen about my first car: a memorable 1987 Volvo station wagon. 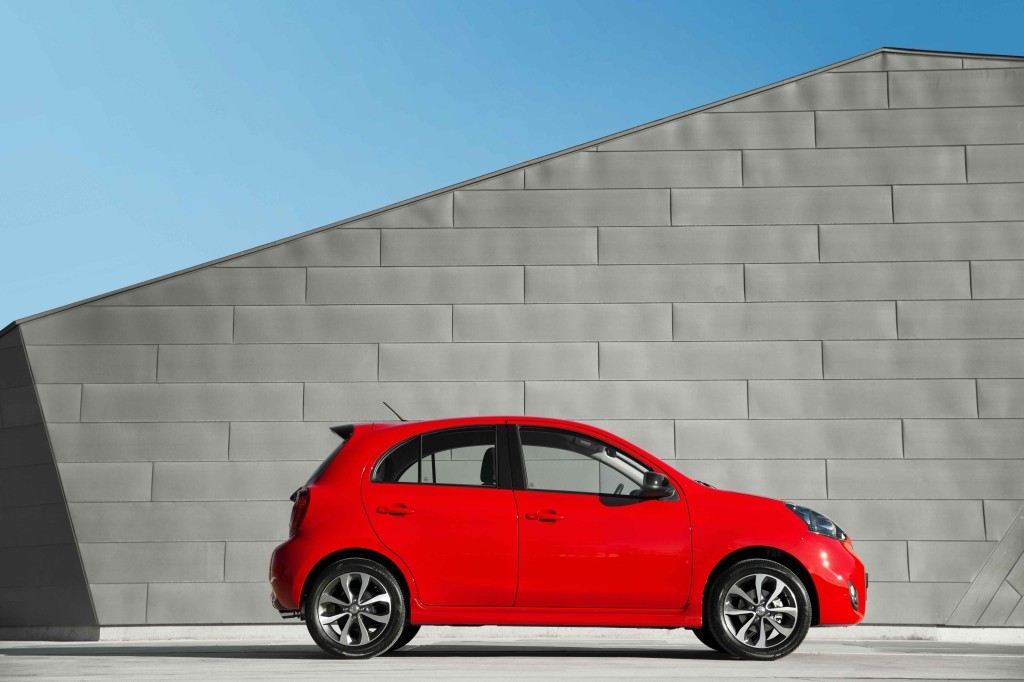 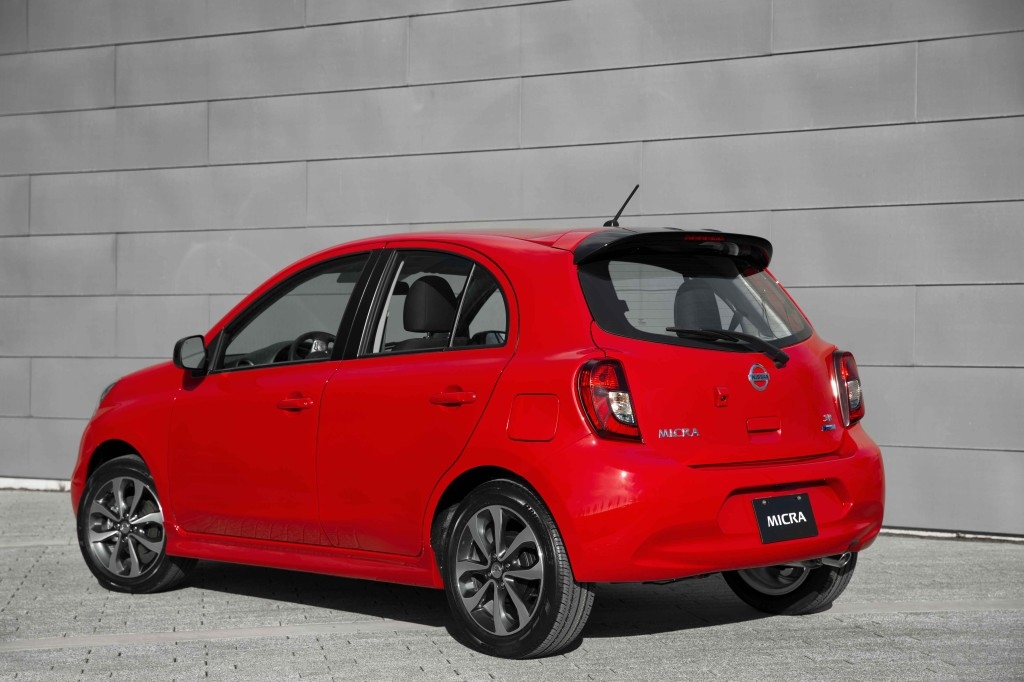 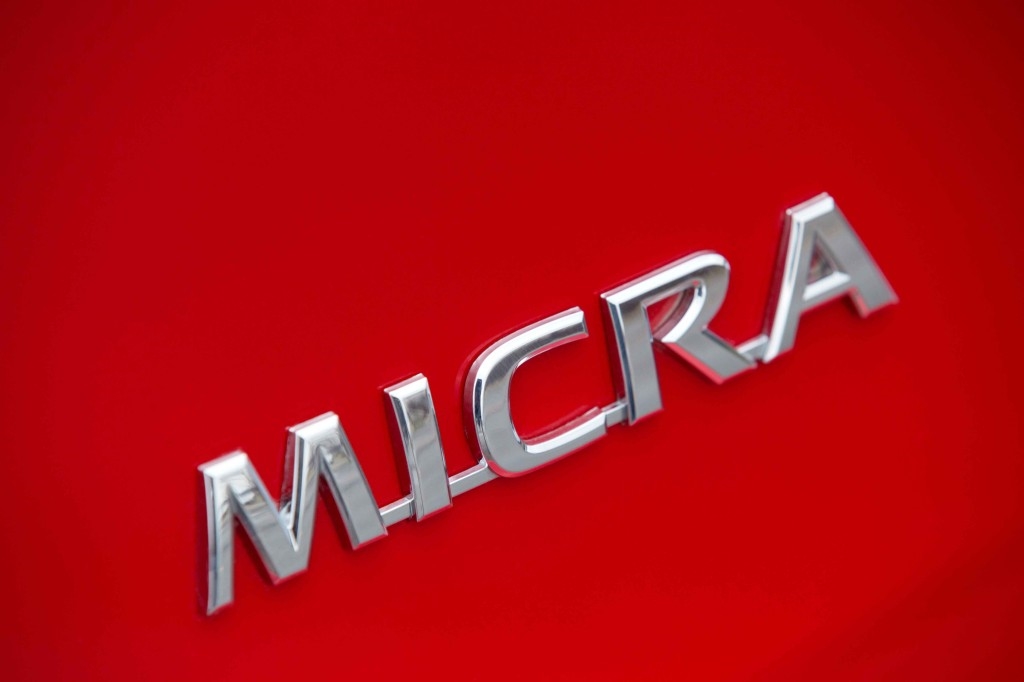