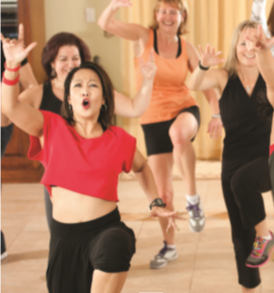 Work out your fitness style. 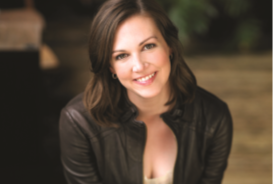 It coincides with the changing of the seasons. As you transition from one wardrobe to another, suddenly that sweater is just a little too tight and those jeans won’t quite do up. The guilt from another season of full living through full bellies hits and we do what we always do, go on a fitness binge.

I am against all forms of binging, but the fitness binge is particularly annoying because it never lasts. Fitness binges are shorter than a Hollywood leading man. But there is hope, oh gentle, unfit reader. Just as we all have an optimal hairstyle (Ben Mulroney, please find yours), we all have a fitness style that fits us like that red leather miniskirt did in ’95. Once you find yours, it’s almost fun to do it three to five times a week, forever!

Way Too Intense
The first fitness style is “way too intense” or WTI for short. These are people who actually enjoy working out. For a WTI, nothing beats a 5:00 a.m. 10-miler, followed by 45 minutes of free weights all while listening to a self-help podcast on projecting success. They love kale, words that end in “athalon” and have 2.5 Golden Retrievers. I don’t like these people. Not because they’re evil or karate chop their dogs, but because they’re better than me. It’s the same reason I don’t like Kate Winslet and the next group of fitness folks.

Fit Fun Freaks
You know these people. You’re probably one of these people. They’re basically the mean of physical fitness types, to use a Grade 7 math term. These people like exercise as long as it’s not called exercise. They disguise working out by adding a social or a game-like aspect to the activity. They play ultimate frisbee on Tuesdays, do urban treasure hunts every Sunday and make their own trail mix. They prefer hiking to walking, surfing to swimming and dodge ball to anything, including true love. They’re basically adult camp counsellors, and I did not enjoy camp. I mean, I haven’t played an organized sport since I discovered
white wine. Speaking of wine, I need some just thinking about this…

Trendy Fitters
Perhaps the worst of all fitness styles, trendy fitters (or TFs) live for the newest fitness fad. They pioneered stripper-cise, founded 100-degree hot yoga, and they all have Bowflex machines in the basement. They work hard, but it’s rarely in the name of good health. They go to Zumba fusion spin classes not for exercise but because everyone who’s anyone will be there and what would they say about you if you weren’t?! TFs are easy to spot. They work out in full face makeup, ample bling and can be found downing mimosas after their “stiletto-robics.” I do not endorse this fitness style, though I hear sub-zero hatha yoga is going to be huge this fall.

Finally, we arrive at my favourite fitness style: my fitness style. It’s less of a style and more of an augmented form of living. It’s a collection of urban fitness legends and tips from lady magazines. I take the stairs two at a time, park far away from the mall and chew my food 10 times before swallowing while drinking a cup of water between bites (every meal is starting to taste like soup). It’s a fitness facade born and raised in the instant gratification nation. It’s not much (a lot of green tea mostly) but it’s enough for me and it might even be enough for you.

And while I secretly dream being a WTI who can’t stay out late because I’m running a half-marathon in the morning with Kate Winslet (my Golden Retriever), at least I’m not binging.

P.S. I wrote this while wearing track pants and eating a bacon sandwich.

Carly Heffernan is an actor, writer, improviser and alumni of Second City Toronto. She was a member of the award-winning Sketchersons and continues to party on-stage at various comedy venues.