The Power of Faith 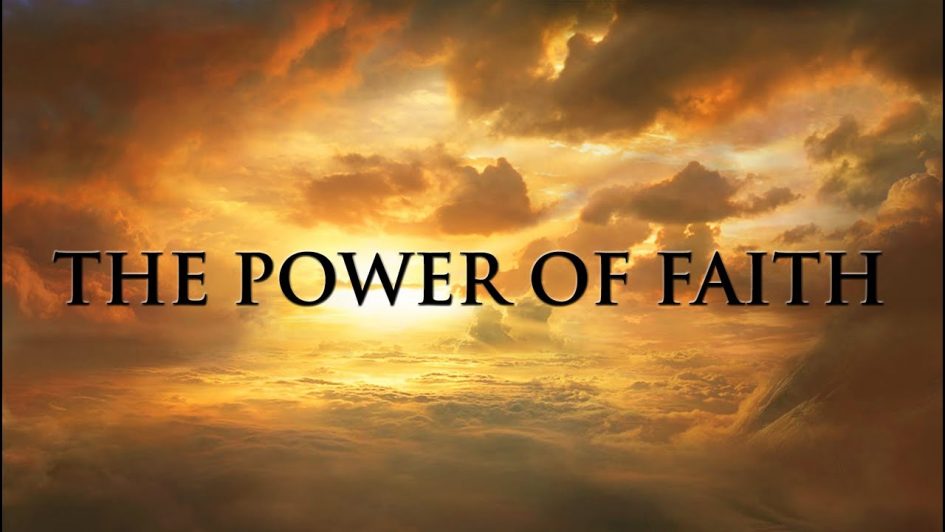 The writer visits with three representatives of populous religious communities
—Hinduism, Sikhism and Catholicism—to learn how faith makes a difference in our city.
Words by Chris Carriere

No one article can hope to encompass the infinitude of meanings of the word faith, but what these three stories share in common is that they challenge us to broaden our definition of faith. To see it not just as a bridge connecting individuals to God, but one connecting human beings to their communities, to one another and to a deeper, richer sense of self.

Karma in the Digital Age Pandit Roopnauth Sharma is the spiritual leader of Mississauga’s Ram Mandir, a Hindu Temple located near the Brampton-Mississauga border serving over 3,000 families. He’s also the founder of the Canadian Hindu Heritage Centre and the President of the Federation of Hindu Temples of Canada. He’s an extremely busy and humble man who was eager to help us understand the Hindu faith and its practical role in the lives of Mississauga residents.

Practical is the key word. Sharma’s philosophy is pragmatic, pantheistic and all-embracing. “The Hindu belief is that God is in everything, and everything is God,” he says. “So, Hinduism is in everything a person does, all of their actions, mental and physical…it is a spiritual way of life, not a dogmatic set of guidelines.”

This may seem strange to those who associate Hinduism with polytheism and a pantheon of gods. “Hinduism is, in fact, a monotheistic religion with a polytheistic outlook.” All gods are one, as all the universe is God: when creating, he is Brahman, when sustaining he is Vishnu and when he destroys he is Shiva. These are not literal entities; they are symbolic of the eternal forces of the universe through which God reveals himself.

This stillness, this oneness, this open acceptance of everything without preconceived judgment, is what Pandit Sharma works to help his fellow Hindus achieve. As it is for people of all faiths, spirituality alone is not enough—particularly for a religion composed largely of recent immigrants, struggling to cope with life in a new city. “Traditionally, people come to the temple to receive darshan, the blessing of God,” says Sharma. However, he explains, as has happened with the Catholic priesthood, the modern pandit must fulfill many roles: counsellor, guide and psychologist. “It becomes complicated when people are challenged with settling in financially, culturally and socially.”

Finding work based on the credentials you bring from another country is one of the biggest challenges, and things can become even more complicated when children enter the equation. “A mother, recently, came to me worried about her high-school-aged son who was extremely close to his father. He was upset and angry because his father accepted a job offer in a different province in order to support his family.” His mother was justifiably worried for the boy’s future: would he be drawn off, distracted, negatively influenced by his peers?

Enter the modern Hinduism. The son had been using email to keep in touch with his father; Sharma urged him to use Skype to have weekly face-to-face meetings, the prospect of which seemed to set him at ease. Because the boy was keen on technology, Sharma also worked to get him actively involved in Ram Mandir, helping out on the digital side of things—the temple uses projection screens to aid in translation, and has a very sophisticated, sleek and well-designed website. Despite the pandit’s busy schedule, he now meets with the young man once a week.

Guljar Singh is a member of Ontario Khalsa Darbar, a large Sikh gurdwara located on Dixie Road. Large is, actually, an understatement—this massive building has played host to crowds of over 40,000 during major festivals and ceremonies. An unwitting observer passing through the gurdwara could be forgiven for assuming that Singh is a priest; on Saturdays and Sundays, you will find him translating scripture, extracting life lessons and concrete advice from the sacred Gurbani and preaching it to the gathered faithful. But, as Singh explains, he is more of a teacher or guide: Sikhism does not have priests.

“For Sikhs, there is no intermediary between yourself and God. Our spiritual leader is the scripture itself; the lessons passed down from the 10 gurus.”

While Christianity, Judaism, Hinduism and Islam tend to be widely understood (at least superficially) in the West, Sikhism’s tenets and history are not; media coverage of the faith has often focused on the ceremonial garb associated with the religion. Sikhism emerged in the Punjab region of India (some of which is now technically Pakistan), beginning as late as the 15th century AD. Their doctrine blends monotheism with an eastern sense of spirituality and pantheism. “Sikhism believes in God, and believes that God lives in every creature of the world. Hence, we should care about everyone. Our three main principles—honest work, mindfulness of God’s presence and sharing—come from this.”

The beliefs outlined above—humility, charity and a holistic assessment of God’s presence—can be located in the operation of the Ontario Khalsa Darbar, which, as Guljar Singh explains, is as much a cultural and educational service centre as it is a religious hub. Put simply, it helps to keep Sikh culture alive.

Here we see another dimension of faith: faithas- tradition, as a place of common ground allowing individuals to seek solace and companionship in their heritage. Not only does this passing of the torch help to connect the generations; it also, as Singh puts it, keeps the younger generation out of trouble. “We also offer karate and martial arts classes, as well as soccer during the summer.”

So, I wondered, what does Sikh scripture have to offer the modern believer? “There are many teachings in scripture which help us to build our character, our patience and our instinctive power,” Singh says. “For instance, we believe it is vital to not have anger—or, to control your anger. Of course, everybody becomes angry: but how do we use that emotion in a productive way?”

Mark Creedon is the executive director of Catholic Family Services Peel-Dufferin (CFSPD), a member agency of Catholic Charities with a hefty mandate: “To strengthen families and stop family violence.” For mothers and children (and, Mark is sure to add, fathers) who have experienced, witnessed or been exposed to emotional, physical and sexual abuse, Catholic Family Services is a haven and a place of healing and restoring faith. For their abusers, the organization can be a second chance, an opportunity to live without inflicting terror. Mark is not an ordained priest: he’s a social worker. But he still considers his organization an extension of the Church, which is an instrument of social justice as well as a place of worship.

Catholic, he reminds me, means universal. 44 percent of the people that CFSPD helps are Catholic, 26 percent are Protestant, 5 percent are Muslim, 5 percent are Hindu, 5 percent are Sikh and 10 percent express no religion. These numbers correspond roughly to the overall religious demography of Mississauga.

Catholic Family Services counsellors use a strength-based approach (as opposed to secular psychology’s diagnostic approach) to help clients identify reservoirs of inner strength to overcome their problems. This can (but doesn’t necessarily) involve drawing on faith, regardless of what that faith happens to be: CFSPD’s counsellors are trained to help clients look for buried glimmers of belief, and to direct them to the appropriate spiritual advisor—be it pastor, imam, pandit or otherwise. “And if a person is suffering from a mental illness, a doctor needs to be involved, absolutely.” This, Creedon says, is where faith enters their ministry: CFSPD has to rely on others, and has formed a broad network with dozens of other agencies in Peel, including the Children’s Aid Society.

Catholic Family Services has some astounding success stories. “There was one woman who came in here, suffering from severe asthma attacks which were being exacerbated by the physical abuse she was experiencing at home. She was losing the battle; doctors told her that she wouldn’t survive.” Through CSFPD and the Church, she made new friends; along with a local priest, the organization helped to get the marriage formally annulled. Today she is remarried and volunteers with CFSPD, providing comfort and companionship to others in need.

But not every story can end this way; that’s what makes the job so difficult, and that’s why faith is a necessary component of their work. Just as clients rely on the organization, and the organization relies on other organizations, its employees must rely on one another to find their own reservoirs of strength and have faith in the value of their work. Faith is not just a private contract between the individual and the divine: faith spreads through communities, giving individuals the strength to lift one another up, so that the lifted can lift others in turn.

Creedon has faith in the work of Catholic Family Services Peel-Dufferin. “No matter how grave the situation might be, there’s always something that can be done. We help clients to make friends; we prevent them from committing suicide. We help them find a reason to live.”